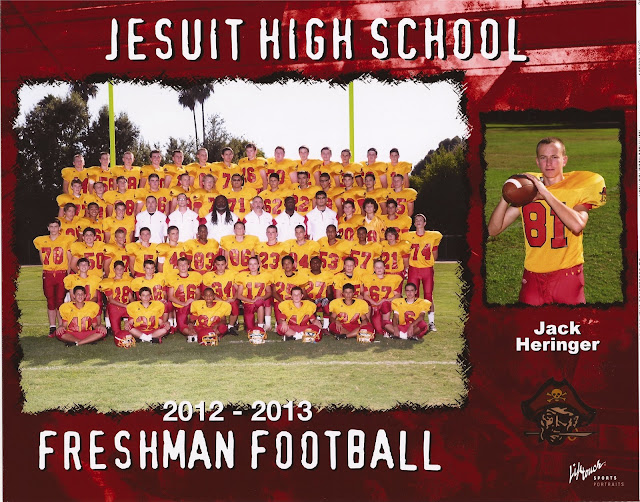 One of the things that struck me when I first looked at the freshman football team in early August was how small the boys seemed. I kept thinking that there would be a number of huge boys. This extends to the varsity team. While you do see a few big boys, there were lots of kids, including varsity offensive and defensive linemen, who are not any bigger than me.

Jack is listed at 5' 10'' and 140 pounds on the roster. Last time I measured him a couple of weeks ago, he was just a touch under 5' 10". We have not weighed him lately so I am not sure how much he weighs at this point.

Speaking of injuries... At the last game against Oak Ridge, I counted 45 helmets on the sidelines for the Marauders. While a few of the missing players were dropped due to academic issues, the majority were lost to injuries. There were a variety of injuries, including a large number of concussions (10?). As I told people in the last couple of weeks of the season, I just want Jack to finish the season in one piece!

Before the season started, I was debating whether or not to score the games on the iPad. I decided not to and regret it. I think that it would have been very interesting to look at the offensive statistics for the season.
at 11/16/2012 11:59:00 PM