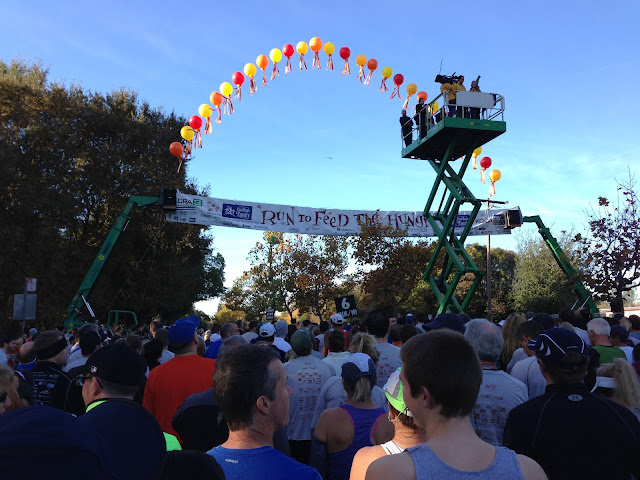 I mentioned recently that I got a shock in Italy while we were hiking with a sudden realization of how big and strong Jack has gotten. Last year, Jack and I ran the first five miles together and then he smoked me the last mile plus. This year, I knew I was in trouble from the start. He and I ran surprisingly unimpeded for the first mile. Looking over at him, I realized that he was just loping along. Just as we approached the first mile, Jack picked up the pace and left me behind.

After last year's rain, the weather for this year was perfect.

We parked along University Avenue on the east of the American River. Although we had a longer walk to the car, once we got to the car, we had no traffic. Last year, we spent an hour trying to get out of the parking lot. 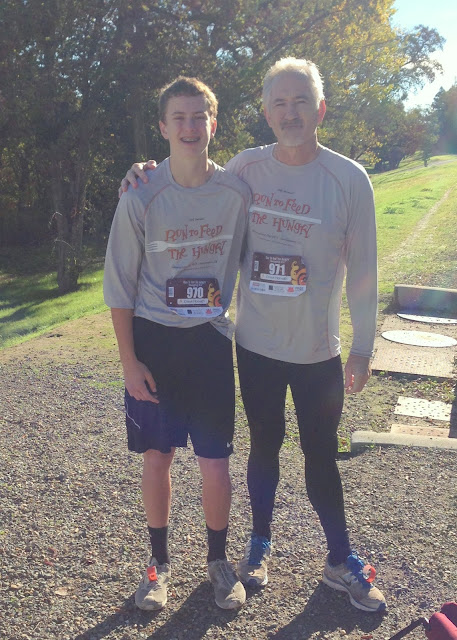 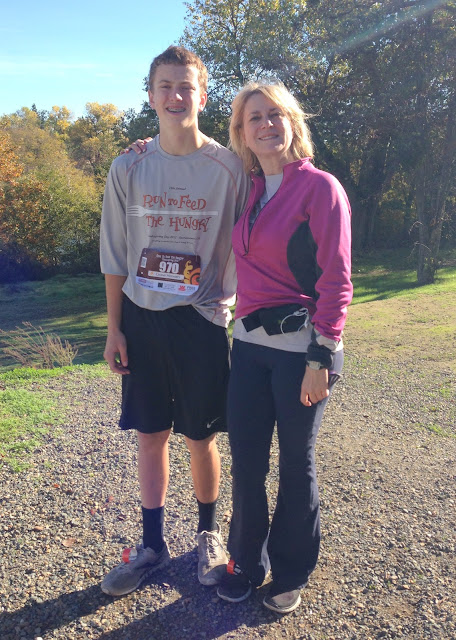