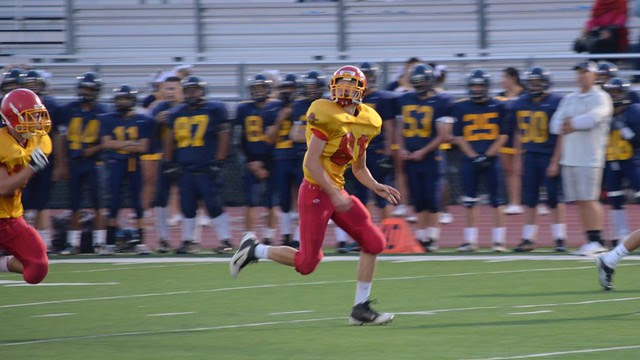 Playing their tenth and last game of the season, the Jesuit Marauders faced the Oak Ridge Trojans at Oak Ridge High School in El Dorado Hills. For the second week in a row, the Marauders were facing an undefeated team. The Trojans had a record of 9 wins and 0 losses coming into the game.

It was a fairly competitive first half. The Trojans scored late in the second quarter to take a 6 to 0 lead at halftime.

Oak Ridge scored again about half way through the third quarter to take a 14 to 0 lead. The Marauders turned around and put together a long sustained drive for an apparent touchdown. Unfortunately, the touchdown was called back by an illegal motion penalty. Everything seemed to fall apart after the penalty. Jesuit turned the ball over on an interception on the next play. The Marauders never regained any momentum in the rest of the game.

Oak Ridge won the game by a final score of 27 to 0. For the second week in a row and only the second time all season, Jesuit was shut-out.

The Jesuit Marauders frosh football team ended the season with a record of 5 wins and 5 losses. The game log is here.

Jack got to play a lot. He started at wide receiver with Jacob. Jesuit threw less than 10 times in the game. I think that the Jesuit quarterbacks had one completion to a back coming out of the backfield for a loss and one interception. Jack also played part of several series at free safety.

Frankly, I am just glad to have Jack end the season in one piece. There have been a lot of injuries. The roster lists 65 boys. I counted 45 helmets during the game. Probably 75% (15 boys) of the missing 20 are sidelined with injuries. I am going to write a post in the next couple of days looking at season from a couple of different angles. 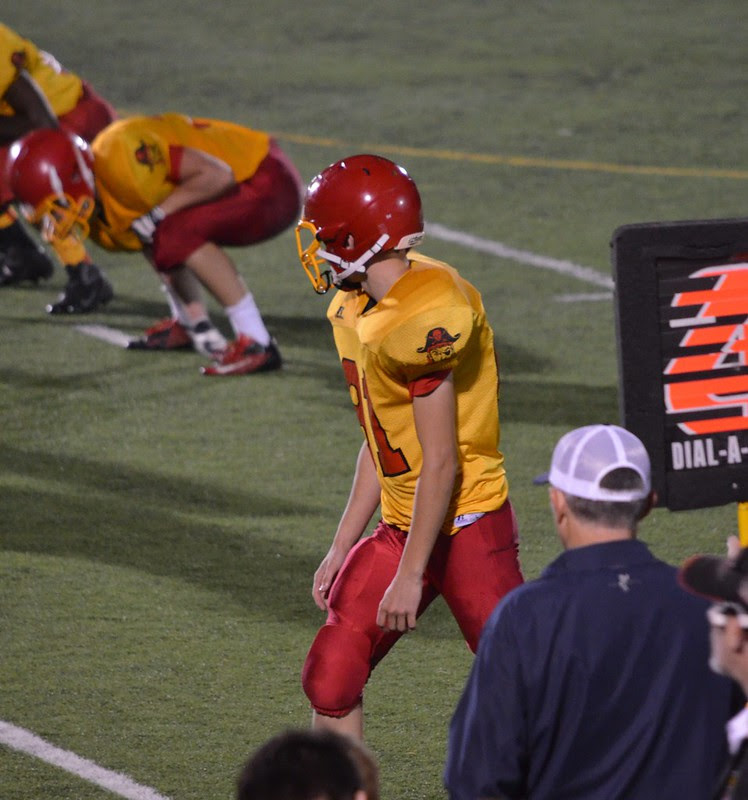