Back in the Batting Cage with Coach Boyle 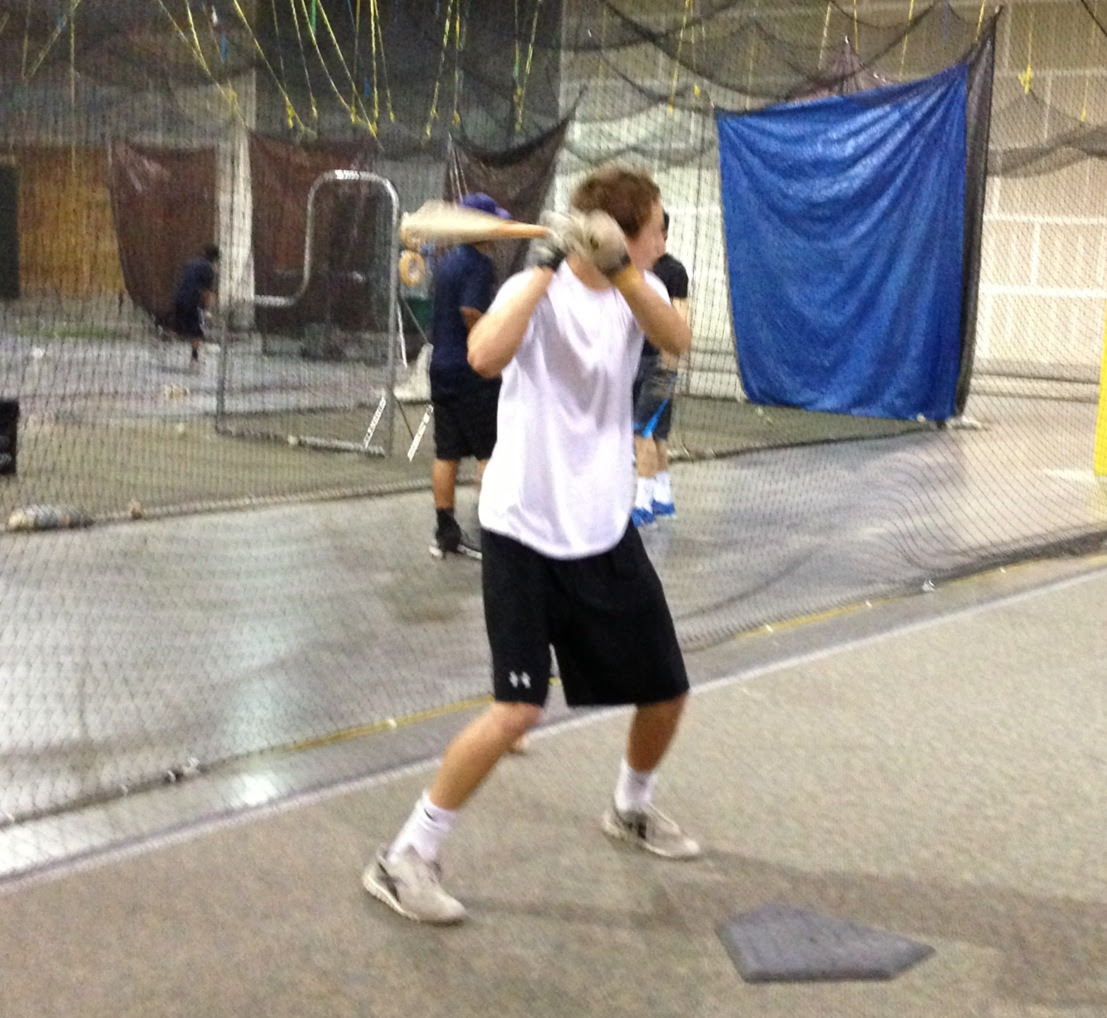 For the first time in ten years, Jack will not be playing basketball this winter. He and I talked about him going out for basketball, but felt like he could use a break after the grind of football and school over the last three months. Additionally, the end of basketball season also overlaps baseball. If he made the basketball team, it would be tough to be ready for the baseball try-outs. As an aside, more than 80 boys went out for frosh basketball. Jesuit will be fielding two freshman teams of 12 to 14 boys.

Instead of playing basketball, Jack will be spending the next three months getting ready for the Jesuit baseball try-outs in early February. Although he has played three tournaments with the Outlaws over the last two months, Jack got his first chance last night to get back into the batting cage since July. He worked out with the Outlaws at the warehouse and spent an hour in the batting cage with Coach Boyle.
at 11/08/2012 06:00:00 AM