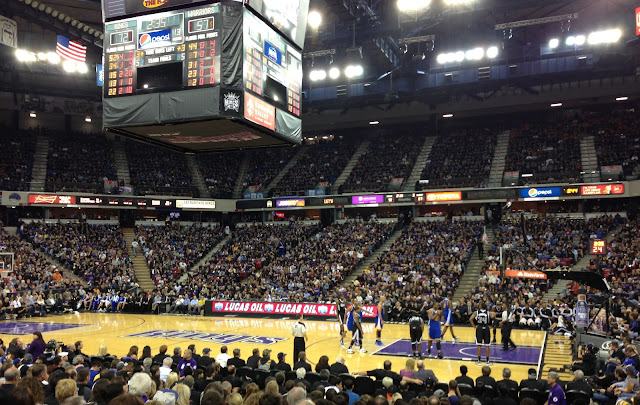 For a couple of reasons [new house, private high school and trip to Italy], I decided to dropped out of the season ticket group that I have been in for the last few years. I am planning to buy tickets for a few games this year from either Ticketmaster or StubHub. This is the first time since 1996 that I have not been involved in a group for Kings season tickets.

I always enjoy going to opening night so I brought a single seat [Section 101, row H, seat 10] on the aisle. I always enjoy aisle seats...

Monday night, I saw the Sacramento Kings play the Golden State Warriors. Leading by more than 10 points for most of the fourth quarter, the Kings tried to give the game away. The Kings held on to beat the Warriors by the score of 94 to 92.

When DeMarcus Cousins was in the game, I focused on watching him rather than following the ball. Cousins ended the night as the Kings high scorer. He scored 23 points on 10 for 16 from the field and 3 for 5 from the free throw line in 34 minutes. Cousins added 15 rebounds and 2 blocked shots.

I am not impressed by the Kings offense. They settle for too many long outside shots late in the shot clock. Surprisingly to me, the Kings offense looked better when Cousins was on the floor.

I was fascinated by Andrew Bogut. Bogut is listed at 7 feet and 260 pounds, while Cousins is listed at 6 foot 11 inches and 270 pounds. Nevertheless, playing against Cousins, he looks a lot bigger; he looks a giant... Coming off an ankle injury, Bogut only played 19 minutes.

I was impressed by the size of the crowd. It was announced at 17,317 which is a sell-out. I didn't see very many empty seats. 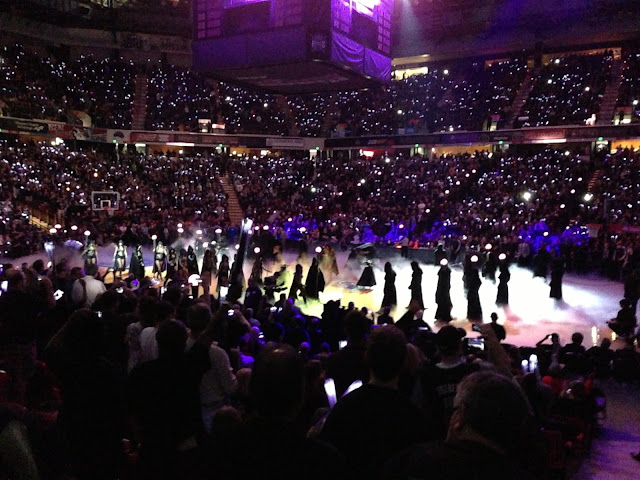