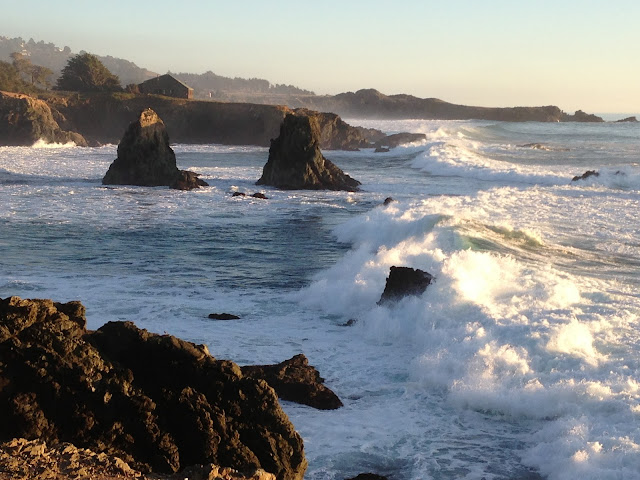 The plan for the day got a little off track. As Sharon and I were working to make waffles for breakfast, we couldn't get the stove to work. Eventually, we realized that the propane tank for the house was empty. Sharon ended up calling the owners and they scheduled a propane delivery for later in the morning. Unfortunately, all of this running amok compressed the morning. I had hoped to go to Mass, but we ran out of time.

I went out for another long run along the bluffs. Heading north, I covered almost 6.7 miles. The weather was great; it was warmer than Saturday morning.


View Larger Map
We spent the afternoon watching the 49ers NFC Championship game against the Falcons, lounging in the jacuzzi, and enjoying the view of the ocean. After the 49er game was over, Sharon and I hiked the 4.5 miles to the Sea Ranch Lodge. We explored the coast along the way.

Janie drove to the lodge and met us there. We had hors d'oeuvre and a couple of drinks while watching the sunset. After the sun went down, I also got a chance to watch the last quarter of the Patriots versus Ravens AFC Championship. 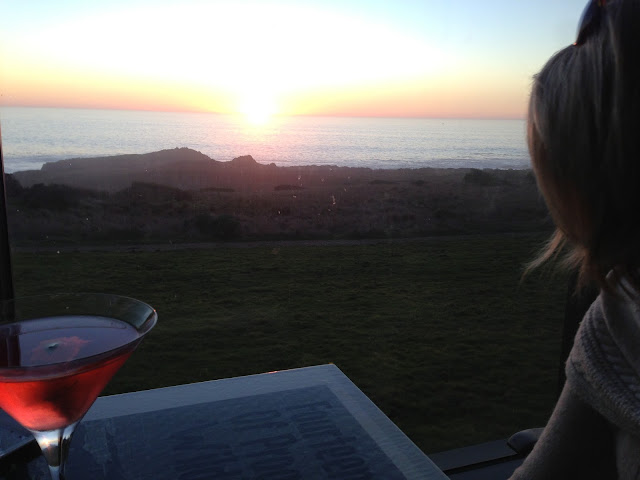