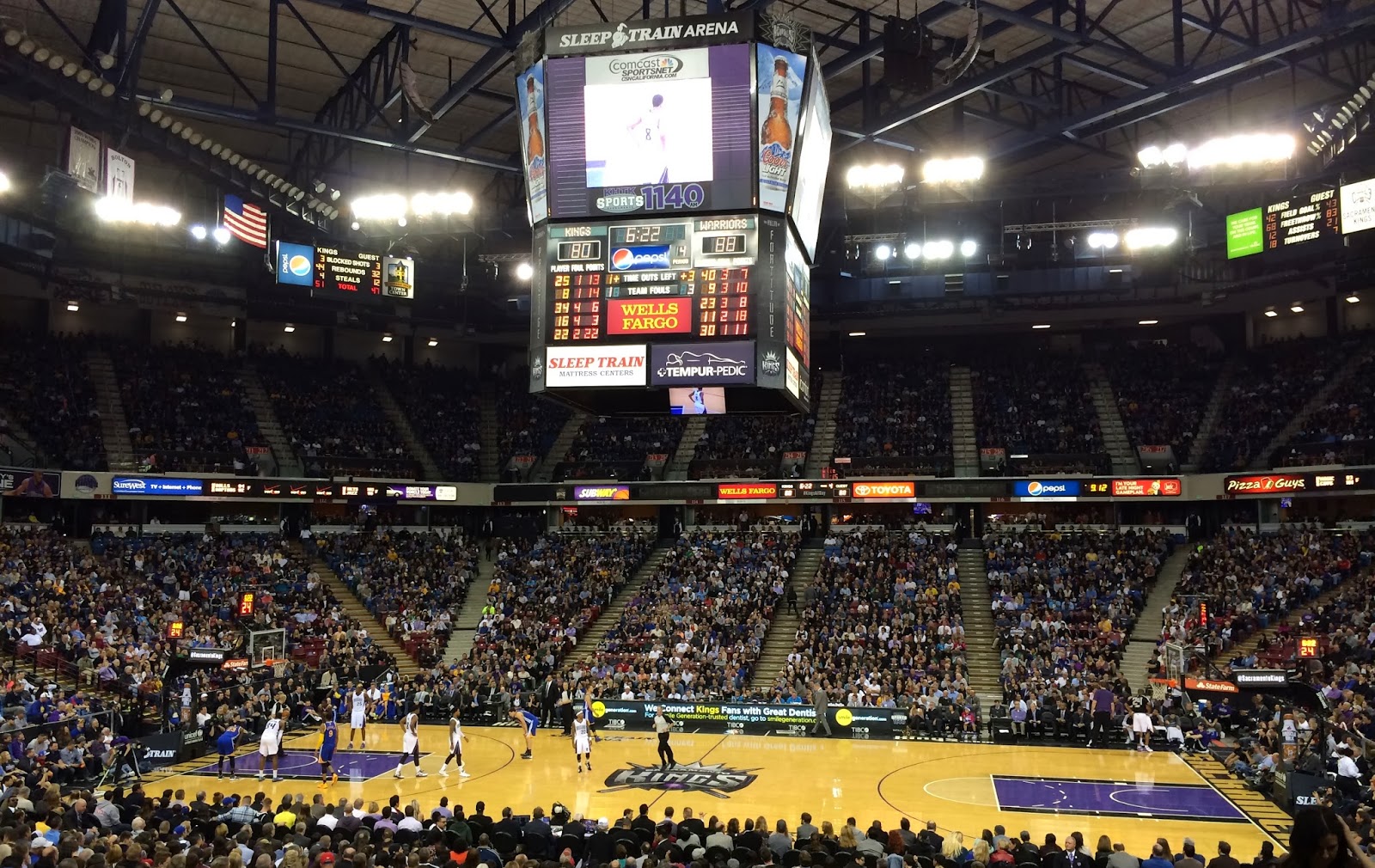 Wednesday night, I went with Larkin to the Sacramento Kings versus Golden State Warriors NBA basketball game. Trailing most of the game, the Kings made a nice run at the end of the third quarter and led by the score of 76 to 75. They were outscored by 10 points in the fourth quarter and lost by the score of 101 to 92.

Both teams were missing their centers. Andrew Bogut missed his fifth straight game for the Warriors with a left shoulder injury. DeMarcus Cousins, who strained his left hip flexor in Sacramento's final game before the break in New York, also sat out. The Kings are 0-8 without Cousins this season. The Kings traded guard Marcus Thornton to Brooklyn for veterans Jason Terry and Reggie Evans in the morning.

Isaiah Thomas was the leading scorer for the Kings. He had 26 points on 9 for 17 from the field, 2 for 6 from three point range and 6 for 7 from the free throw line.

David Lee was the leading scorer for the Warriors. He had 23 points on 10 for 20 from the field and 3 for 4 from the free throw line. Lee added 11 rebounds.

I was very underwhelmed with the Kings offense. With Cousins missing, there did not seem to be any rhyme or reason to their offense.

NFL tight end Tony Gonzalez, a former star at Cal, sat in a court side seat between Kings owner Vivek Ranadive and team executive Chris Mullin. I was surprised by the size of the crowd. It was a sell-out with lots of Warriors fans in the stands.

Larkin and I wandered up and talked to Hunter and Yuli during half-time.