Last year, there were three tense weeks in February while Jack tried out for the Jesuit Freshman baseball team. Given his performance last spring and during fall ball, I was much more comfortable with the try-outs this year.

The varsity coach posted the JV and varsity teams on his voice message Saturday night. Sharon and I listened to it as we were driving back from the Mardi Gras Gala. Jack made the team.

Sharon and I are also extremely pleased that both Coop and AD made the team! Jack has played baseball with Coop for almost six years. We have built some deep connections with the Renteria family. AD was part of the original Gunners group that went to Cooperstown in 2009.

I am fascinated by how teams change over time. The roster for this year compared to last year is shown below. The Jesuit JV baseball team lost five players from last year. 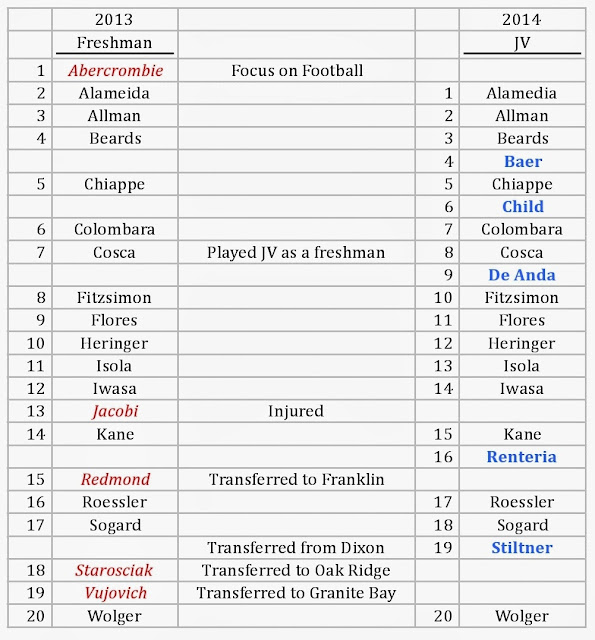 We are looking forward to the adventure of the next several months. I am disappointed that the team is not playing either Christian Brothers or Elk Grove this year. The Marauders will be scrimmaging Davis and Rocklin at Pleasant Grove this weekend.
By Heringer at 2/24/2014 11:59:00 PM