Up fairly early, while everyone else was getting organized, I decided to take a run to the north. I ran from Crestview to one of my favorite spots on the Sea Ranch Coast. I was surprised by the fact that they have added a number of historical markers along the trail. I will be posting these in the coming weeks. I reached a point where the trail forks and headed up the stream through the golf course. I have not covered this part of the trail since Sharon and I were here in June of 1995. I ended up covering about 4.2 miles in about 47 minutes. I will post a map in the next week.

Back at the house, we got organized and headed out for a hike along the bluffs. We headed north along the same route that I had run. Heading up the creek, we wandered through the clubhouse at the golf course and then continued on to a point where we had a vista of the Gualala River beach. We backtracked along the same route to get back to the house. In total, we covered 5.7 miles in a little over two hours. 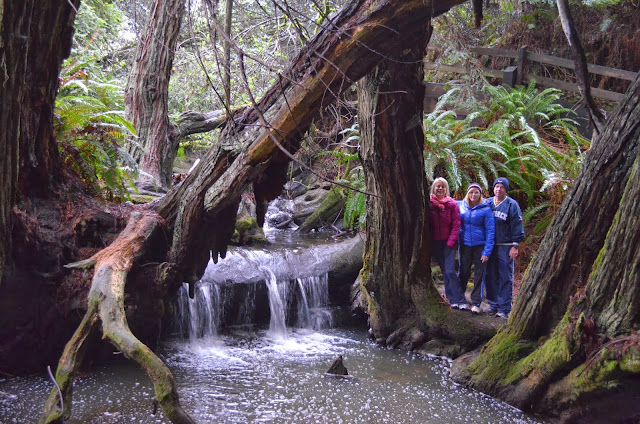 We got back to the house about 12:15 pm and headed into Gualala for a late lunch. We ended up eating at the Cove Azul Bar & Grill. Afterwards, the girls shopped for furs at Jack's Pharmacy and Uggs just up the street. 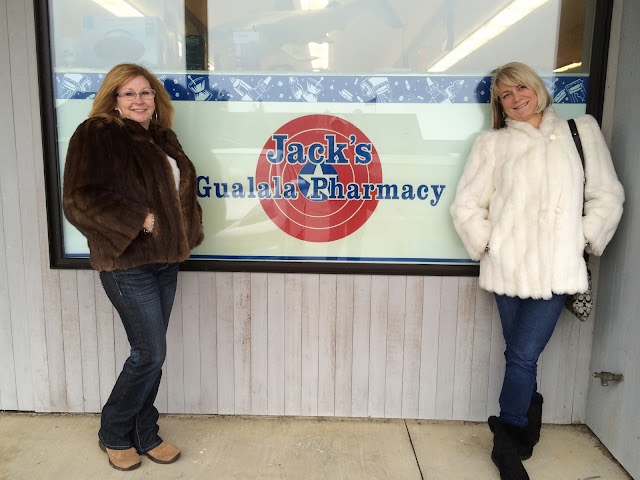 We finished the afternoon with a drink at Bones Roadhouse. At this point, it started to rain pretty heavily.

When we got back to the house, we spent some time in the hot tub in the rain.

We had a late dinner (800 pm) at the Sea Ranch Lodge. Both Sharon and I had short ribs. The four of us enjoyed a bottle of Mary Edwards with dinner.