In 2014 at Sea Ranch, I came across a series of historical markers on my run and during our hike. These included Russian Colony, Site of Klamath Sinking and Del Mar Landing and Lumber Mill.


Del Mar Landing and Lumber Mill
1901-1910
Marker 35E-5
See this location on Yahoo Maps in Flickr
See this location on Google Maps
This site is located near 280 Del Mar Point, Sea Ranch, California. The Sea Ranch Archives Committee has identified twenty-six historic sites scattered about The Sea Ranch. They have constructed trail markers with information explaining the significance of each place. They were placed as part of The Sea Ranch 50th anniversary being celebrated from Memorial Day 2014 to Memorial Day 2015. The GPS coordinates for this location are N 38° 44.448 W 123° 30.597. 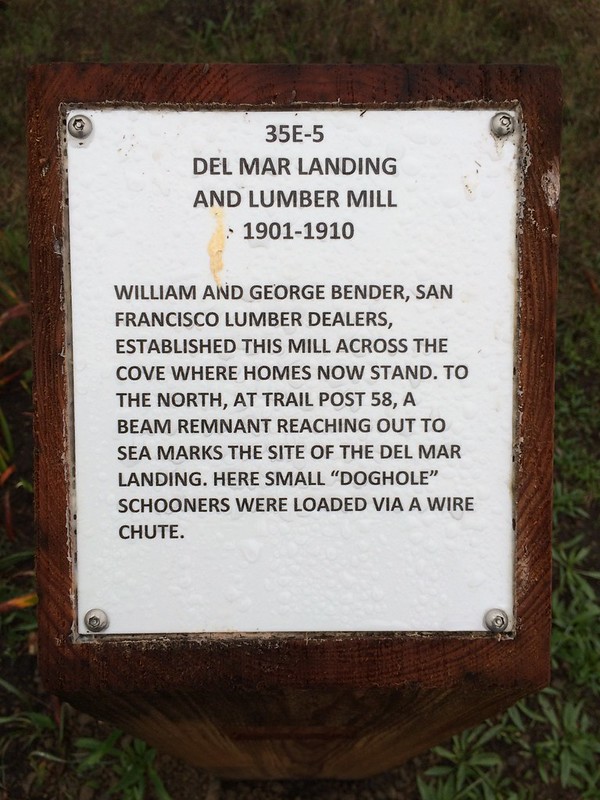 The Klamath, a merchant steam vessel with the capacity to carry 1.2 million board feet of lumber and 60 passengers, was on its way to portland when it encountered 75-mile-an-hour winds, heavy rain and rough seas. Breaking waves pushed the ship onto the rocks, where it eventually broke up and sank. 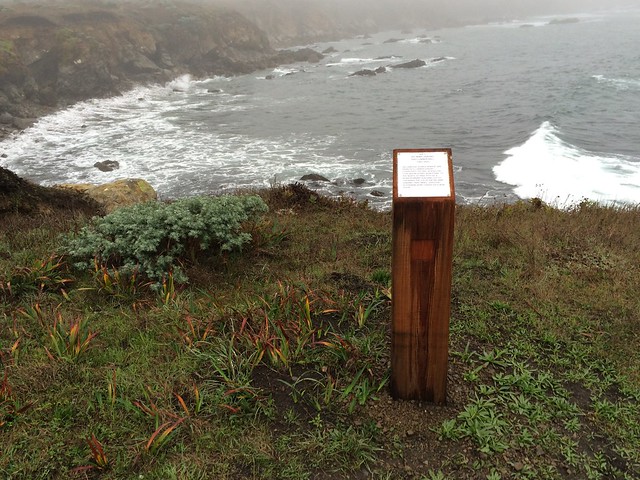 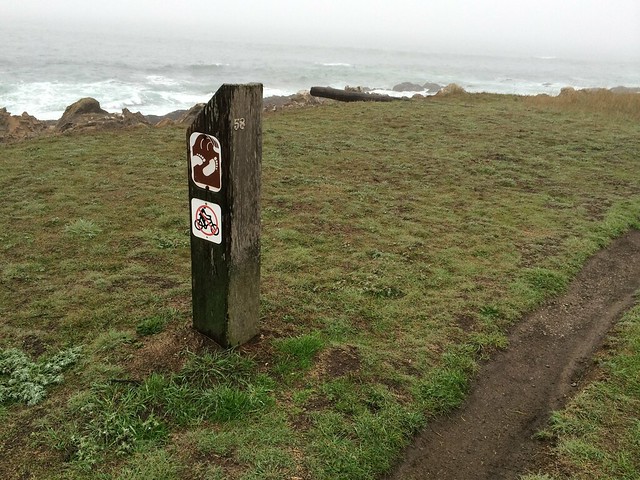