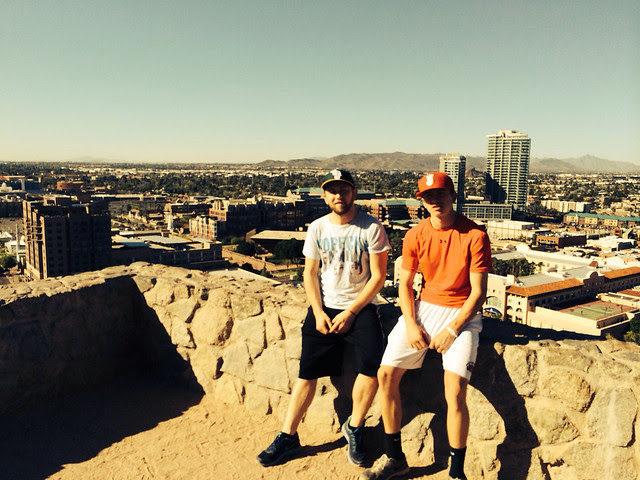 After a fairly late night, the boys slept late. I eventually got them rallied. We drove into downtown Tempe and climbed Hayden Butte. It is less than a 1/2 mile hike to the summit, but there are some great view of Tempe, the ASU campus and the surrounding area from the top.

We headed back to the hotel and picked up the Tomasins. We ended up having a late breakfast at Harlows for the second day in a row. 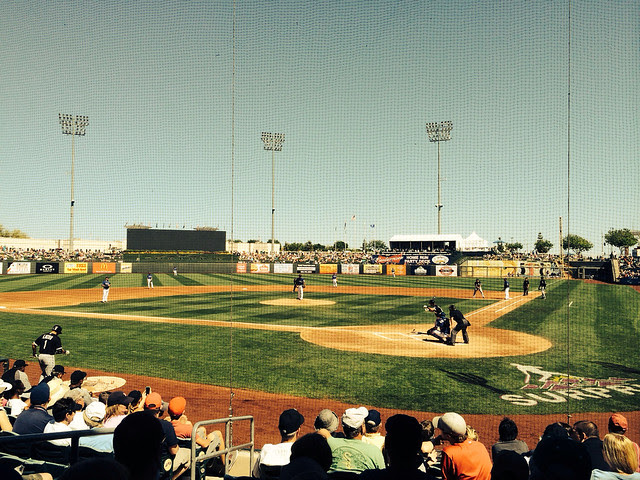 The game for Sunday was at Surprise Stadium. I pulled a bonehead stunt and forgot the three tickets that Jill gave me on Friday. It took Wallen and I about 20 minutes to get the tickets replaced.

We saw the Texas Rangers play the Chicago White Sox. Yu Darvish pitched five innings for the Rangers, while Prince Fielder started at first. Like Friday and Saturday, a football game broke out. The Rangers won the game by the score of 14 to 8. The Rangers hit four home runs, including a grand slam.

After the game, the group headed to Glendale. Tomasin and I stopped briefly at the Yard House. The group ended up having dinner at a restaurant called the Whiskey Rose. The food was not good; it was one of the worst meals that I have had in recent memory.

With a number of people having early flights in the morning, we broke up fairly early. When we got back to the hotel, I spent some time visiting with the Tomasins before crashing early.
By Heringer at 3/16/2014 11:59:00 PM