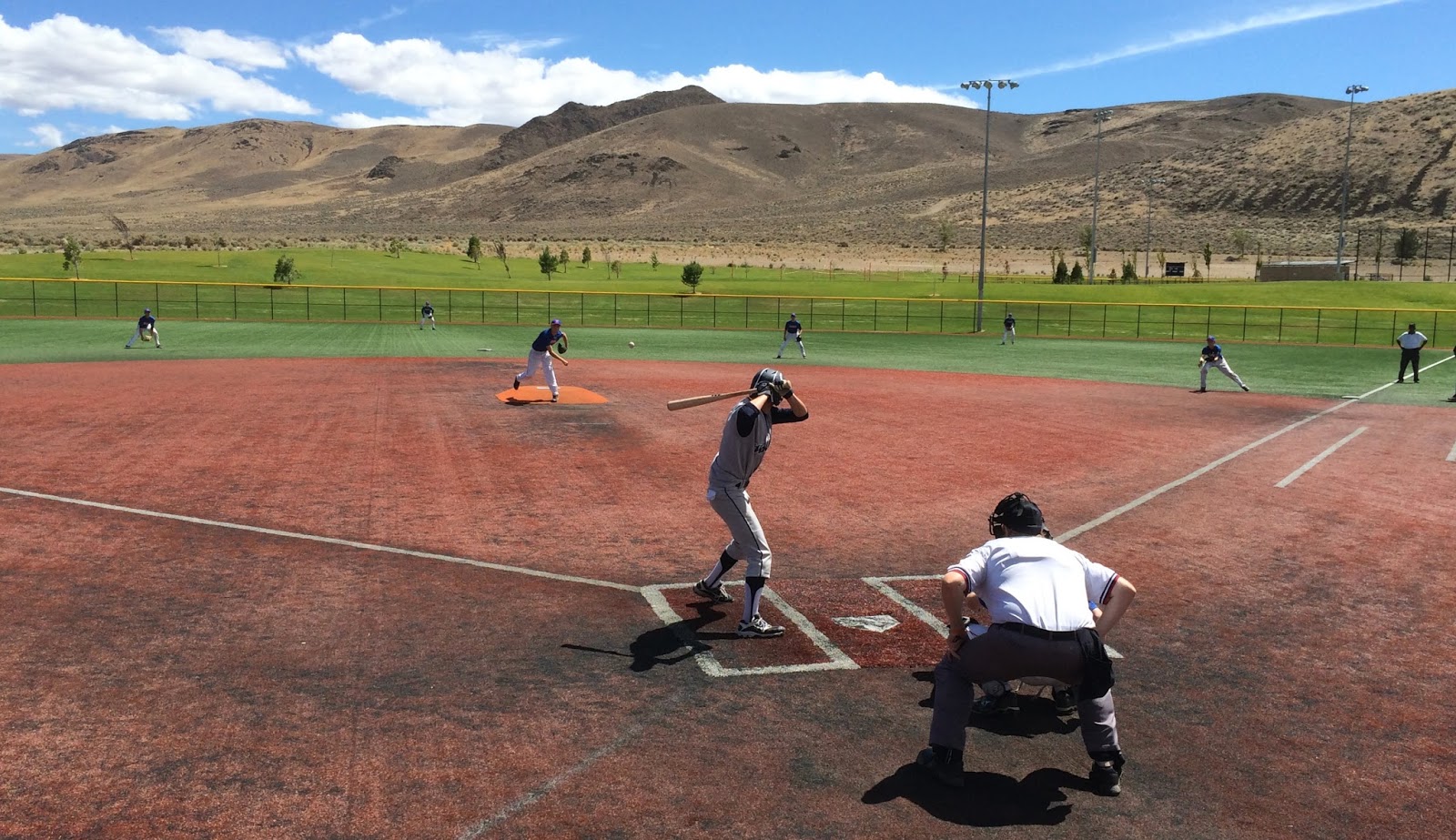 In the first game of the Muckdogs 2014 Pre-4th of July Invitational Tournament, the Walbeck Elite played the Northern Humboldt Knights at Golden Eagle Field #5. This is a 17U tournament.

Throwing at the end of the warms-up, Jack pulled a groin muscle. He did the same thing last year fielding a ball and making a throw during the game. He didn't say anything to the coaches or I, but it became apparent during the game that something was wrong.

Batting lead-off, Jack was 0 for 1 with a walk, a stolen base and a run scored. In his first at-bat, Jack walked on four pitches. He stole second, went to third on Dailey's single and scored on Lee's fielder's choice. Jack hit a 3 and 1 pitch for a ground to the left side and has thrown out at first in his second plate appearance. If he had been running hard, he probably would have been safe. Uncharacteristically, I went and barked at him about loafing as he went back out in the field at the end of the half inning. I got an odd response from him…

Playing centerfield, Jack had one put-out. Running for a line drive in short right center, it was clear that something was wrong. At the end of the half innings, the coaches subbed him out of the game. At this point, we figured out that he had some kind of a groin strain.

Scoring 8 runs in the bottom of the fifth, the Elite jumped on the Knights and won the game by the score of 11 to 1 in six innings. The scorecard is here.

For the summer season, the Elite have a record of 8 wins, 8 losses and 1 tie. The game log is here.

Most of the team spent the night at the Grand Sierra Hotel and Resort. We had dinner at the Cantina with a group of parents including the Renterias, Roesslers and Dailey's mom.
By Heringer at 6/26/2014 11:59:00 PM