ESPN 30 for 30 Soccer Stories - Mysteries of the Rimet Trophy 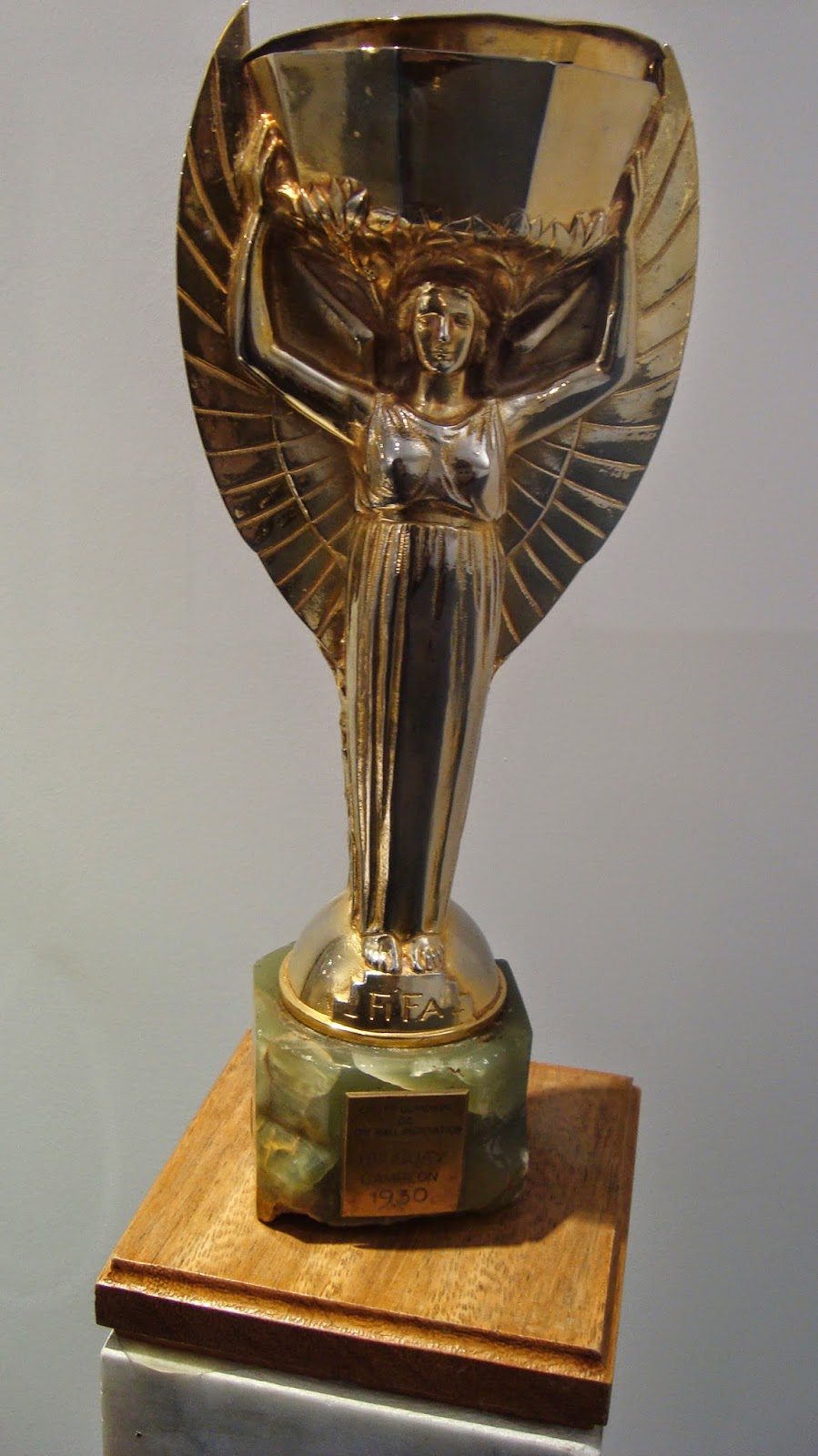 I watched Mysteries of the Rimet Trophy. This is one of the 30 for 30 soccer stories that ESPN is running leading up to the 2014 World Cup. An episode guide is here.

The first trophy, originally named Victory, but later renamed in honour of former FIFA president Jules Rimet, was made of gold plated sterling silver and lapis lazuli and depicted Nike, the Greek goddess of victory.

The film follows the twisted path that the trophy took from 1930 to 1983. During World War II, the trophy was held by 1938 winners Italy. Ottorino Barassi, the Italian vice-president of FIFA and president of FIGC, secretly transported the trophy from a bank in Rome and hid it in a shoe-box under his bed to prevent the Germans from taking it.

On March 20, 1966, four months before the 1966 FIFA World Cup in England, the trophy was stolen during a public exhibition at Westminster Central Hall. The trophy was found just seven days later wrapped in newspaper at the bottom of a suburban garden hedge in Upper Norwood, South London, by a dog named Pickles.

The Brazilian team won the tournament for the third time in 1970, allowing them to keep the real trophy in perpetuity, as had been stipulated by Jules Rimet in 1930. It was put on display at the Brazilian Football Confederation headquarters in Rio de Janeiro in a cabinet with a front of bullet-proof glass.

On December 20, 1983, the wooden rear of the cabinet was pried open with a crowbar and the cup was stolen again. Four men were tried and convicted in absentia for the crime. The trophy has never been recovered, and it is widely believed to have been melted down and sold.

While the film is an interesting look at a piece of history, it is not as compelling as most of the other 30 for 30 films and shorts that I have seen. I think that the production values of parts of the film are not up to the 30 for 30 usual standards.