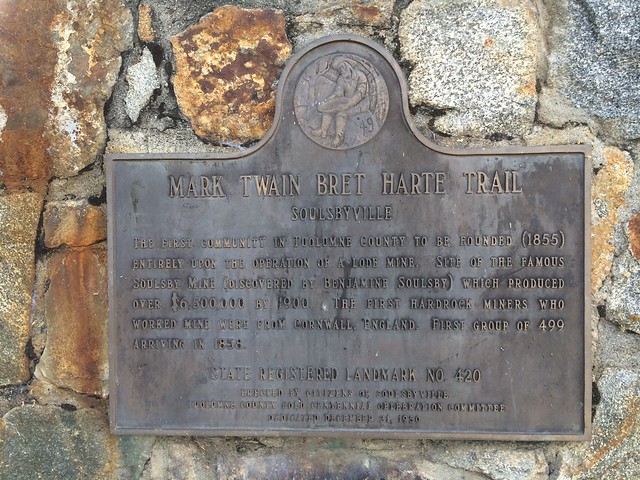 The first community in Tuolumne County to be founded (1855) entirely upon the operation of a lode mine. Site of the famous Soulsby Mine (discovered by Benjamin Soulsby) which produced over $6,500,00 in 1900. The first hard rock miners who worked mine were from Cornwall, England. First group of 499 Cornishmen arriving in 1858. 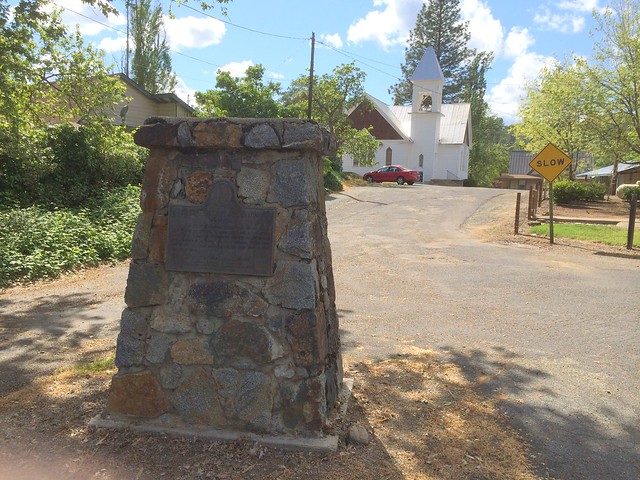 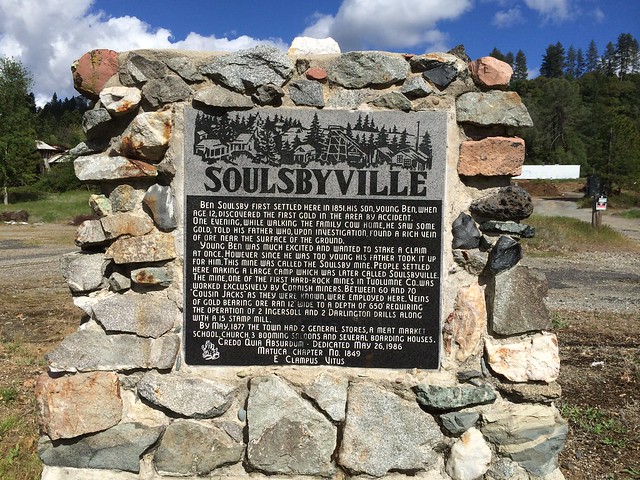 Ben Soulsby first settled here in 1851. His son, young Ben, when age 12, discovered the first gold in the area by accident.

One evening, while walking the family cow home, he saw some gold, told his father who, upon investigation, found a rich vein of ore near the surface of the ground.

Young Ben was much excited and wanted to stake a claim at once. However since he was too young his father took it up for him. This mine was called the Soulsby Mine. People settled here making a large camp which was later called Soulsbyville.

The mine, one of the first hard-rock mines in Tuolumne Co., was worked exclusively by Cornish miners. Between 60 and 70 "Cousin Jacks" as they were known, were employed here. Veins of gold bearing ore ran 12' wide to a depth of 650' requiring the operation of 2 Ingersoll and 2 Darlington drills along with a 15 stamp mill.

By May, 1877 the town had 2 general stores, a meat market, school, church, 3 booming saloons and several boarding houses. 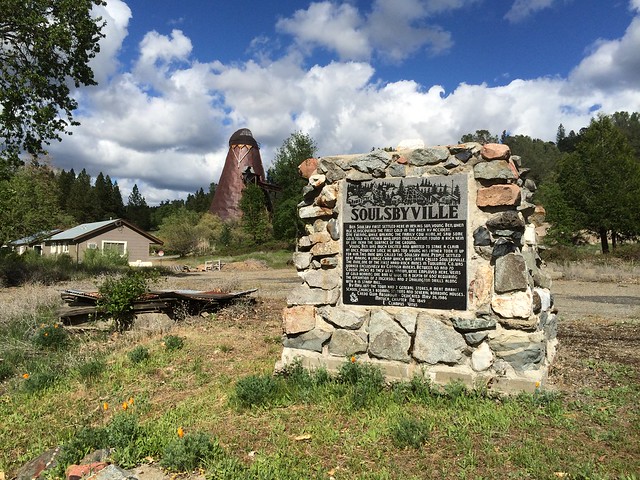