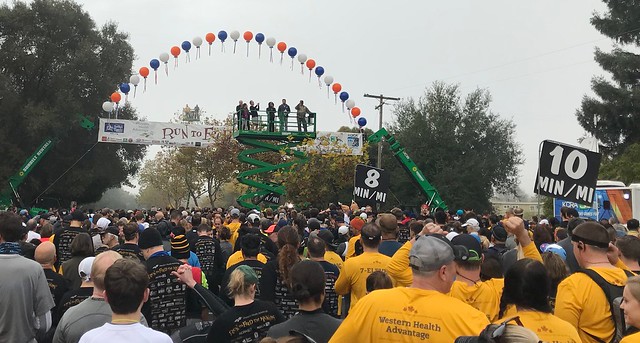 For the sixth year in a row, we parked on University Avenue. For the second year, I parked closer to the H Street bridge rather than the Guy West Bridge. Although Sharon said that she missed walking through the campus, it is a little shorter walk to and from the car.

I have come to view this run as a referendum on my fitness. In that regard, last year was a disaster. Feeling under the weather much of last fall, I ended up running a 1:03:57 for an average pace of 10:18. I was frankly embarrassed.