Jack back to school 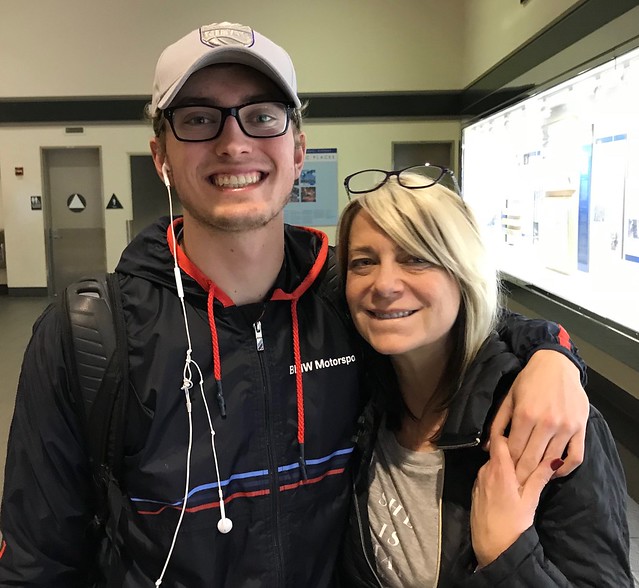 After spending the morning putting up some Christmas decorations in the house that required a ladder, Sharon, Jack and I went to see Lady Bird at the UA Greenback. This was the third time that Sharon has seen the movie! After getting some takeout Chinese food for dinner, we took Jack to the airport to wind his way back to school.

Jack convinced us to fly him home on a red-eye rather than on an early flight on Sunday. He caught a 9:10 pm American flight from Sacramento to Phoenix. After a 50 minutes layover, Jack boarded a 12:55 am flight from Phoenix to Reagan. He was on the ground in DC at 7:00 am. Jack caught an Uber at 7:20 am and was back on campus by 7:37 am.