I stumbled across this marker while exploring Burlington during the second day of our F@ll 2017 trip through New England. 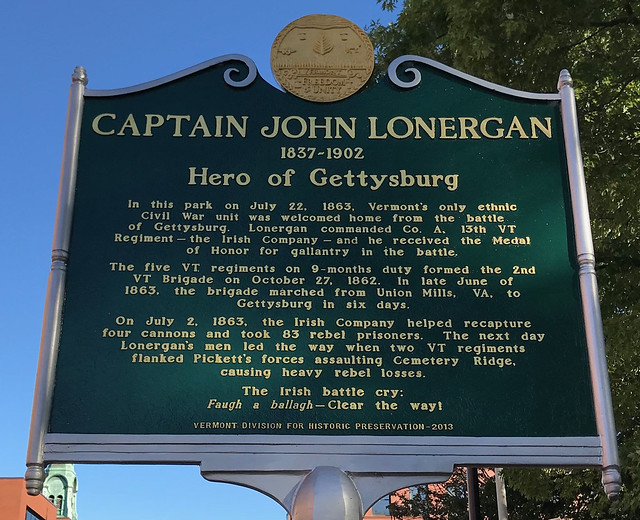 In this park on July 22, 1863, Vermonts only ethnic Civil War unit was welcomed home from the battle of Gettysburg. Lonergan commanded Co. A, 13th VT Regiment the Irish Company and he received the Medal of Honor for gallantry in the battle.

The five VT regiments on 9-months duty formed the 2nd VT Brigade on October 27, 1862. In late June of 1863, the brigade marched from Union Mills, VA, to Gettysburg in six days.

The Irish battle cry:
Faugh a ballaghClear the way! 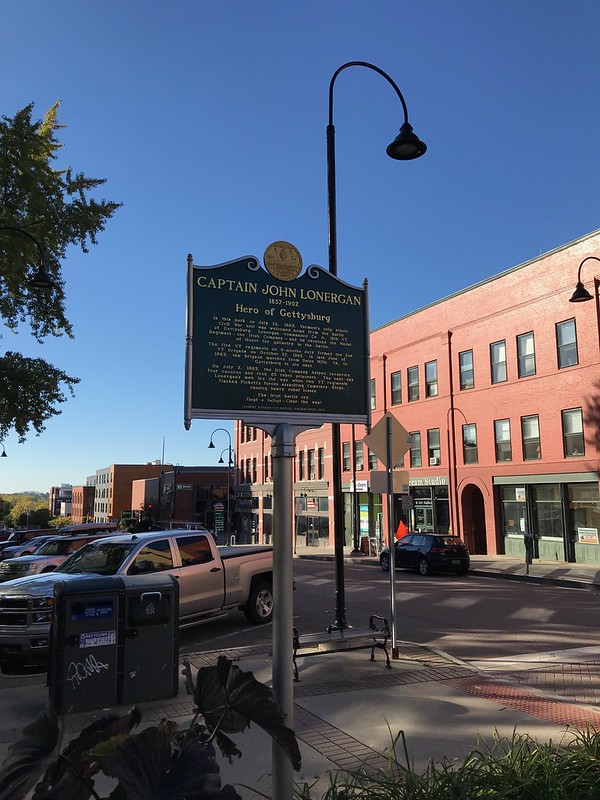