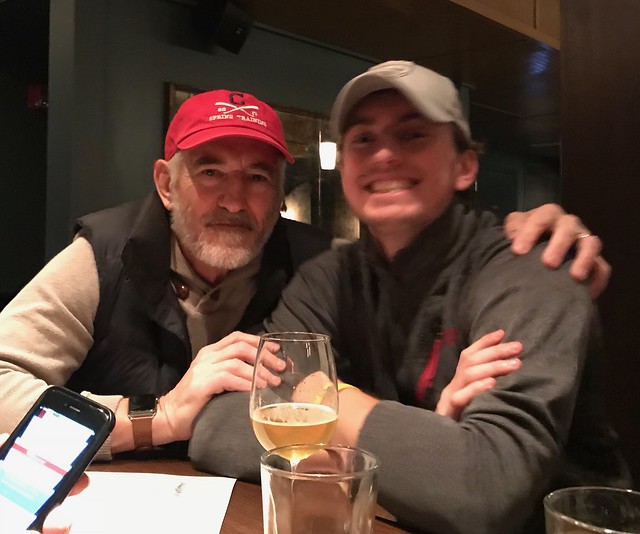 After a late night, it was a slow morning. Nooter eventually went out and got some bagels, cream cheese and lox for breakfast.

We got organized and headed to the Wharf DC. This is a newly developed area along the Potomac River south of Mall. We wandered around. Stopping at The Fish Market, Nooter, Barb and I shared a dozen oysters. We bought some crabs for dinner.

From there, we head to The Sovereign in Georgetown. This is a Belgium inspired bar and restaurant that Sharon and I found when we were there for the Family Weekend last year. Jack joined us for a couple of hours.

In the late afternoon, we headed back to the Nooters. With everything starting later on the East Coast, Wallen and I ended up watching Georgia (1) get beat by Auburn (10) by the score of 40 to 17.

While Rob was fixing dinner, the four of us watched the Alabama (2) versus Mississippi State (16) football game. Tomasin, David and Julie were in Starkville with Mikey for the game! It was a close game with Alabama winning by the score of 31 to 24.

We ate the crabs as hors d'oeuvres. Nooter made a shrimp creole for dinner.