Sharon and Tom back from San Francisco 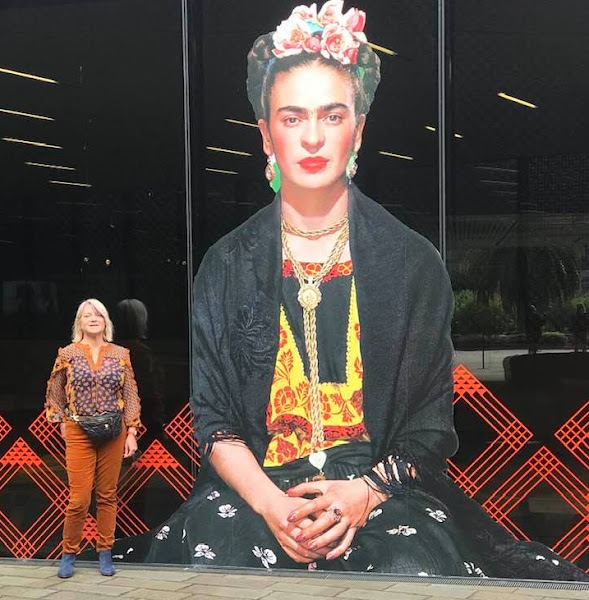 After staying overnight in San Francisco, Sharon and her brother Tom spent the morning at the Frida Kahlo: Appearances Can Be Deceiving exhibition at the De Young Museum. At the time of Frida Kahlo’s death in 1954, a treasure trove of the artist's highly personal items—including jewelry, clothing, and prosthetics—were locked away. 50 years later, these belongings were unsealed. This is the first west coast show of the collection.

After touring the exhibition, they hiked four miles in Golden Gate Park. They got a very late lunch from Lucinda's Deli.

It was almost 4 pm before they left the city and started home. Fighting the traffic, they were back in Carmichael about 7:30 pm.