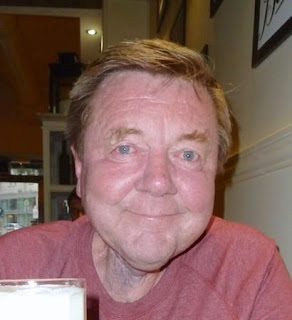 A life well lived is worthy of celebration. Family, friends & neighbors have suffered the loss of Bill Bartels whose life was unexpectedly cut short on August 15th at the age of 71. His overflowing heart just gave out.

Bill was born & raised in San Francisco to John & Bernice Bartels. Bill was an athlete at Lincoln High School & developed a lifelong love & appreciation of baseball. He was drafted by the Dodgers as a prospect, but chose to attend SFSU. He worked for the San Francisco Fire Department & retired as Captain after 30 years of service. His stories about his days in San Francisco are legend. He had a remarkable ability to weave fact with an impish sense of humor. This career allowed Bill the freedom to spend many afternoons with his daughters, helping with homework & supporting their many extracurricular activities.

Always good with words, retirement allowed Bill to read just about everything he could get his hands on. Crossword puzzles were a daily activity for Bill as well. Retirement also gave him the outlet of travel. A cruise, bus tour, flight or Disneyland with the grandkids, were all fair game. This travel life found its high point when he fulfilled his promise to kiss his wife Barbara under the Eiffel Tower for their anniversary. One of his favorite skills honed at the firehouse was cooking, therefore on most afternoons you would find Bill on the cooktop side of the kitchen counter preparing an evening meal while watching the Food Network. He also enjoyed his weekly cocktail hour with the neighbors, laced with stories & neighborhood news of the day.

Bill is survived by his wife of 44 years Barbara, his daughters Breana (John Abdilla), Kerry (Szabolcs Szerenyi), his sister Barbara (Pete Cerri) & his grandchildren Emese & Easton. They are the legacy of a life well lived.
By Heringer at 10/14/2020 11:59:00 PM