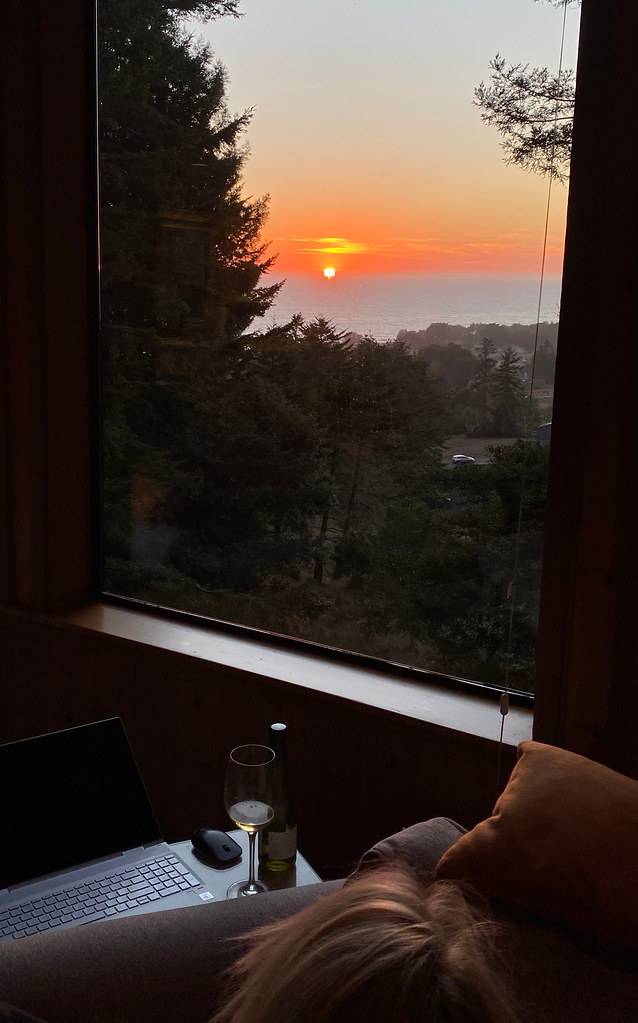 We had a lazy morning. Sharon had talked about wanting to play golf again. Given the condition of the golf course, I was less enthused; the fairways are dead, hard tabletops. Combined with some cooler weather, we decided to take one last hike in the morning instead. We hiked down to the ocean and along the bluff trail before heading back to the house. We passed Seascape where we stayed with the Sanborns in January of 2019.

We decided to go wine tasting at the Annapolis Winery in the afternoon. More than twenty years ago, we visited the winery on a Sea Ranch vacation in the summer of 1999. We had Drew, Morgan and Jack with us. As I said before, I have to look for some pictures from that trip.

After the tasting, we had a picnic lunch. The place was deserted; we were the only customers.

Heading back towards Gualala, we drove through a couple of The Sea Ranch neighborhoods that Sharon wanted to explore. This included a quick stop to look for a historical marker behind the tennis courts at the Del Mar Center [Del Mar Store Warehouse Circa 1904]. We stopped at the Surf Market to pick a few things to fill out the plan for dinner. I filled up the Volvo for the first time in almost two and a half months!

Back at the house, we hit the hot tub and then started to pack up. We are going to roll early on Monday morning to head back to Carmichael. The weather cleared in the afternoon and we enjoyed one of the best sunsets of the week.

We made a Mexican meal out of leftovers. We finished the night watching episode nine of season four of Downton Abbey. This was an extra long season finale.
By Heringer at 10/25/2020 11:59:00 PM