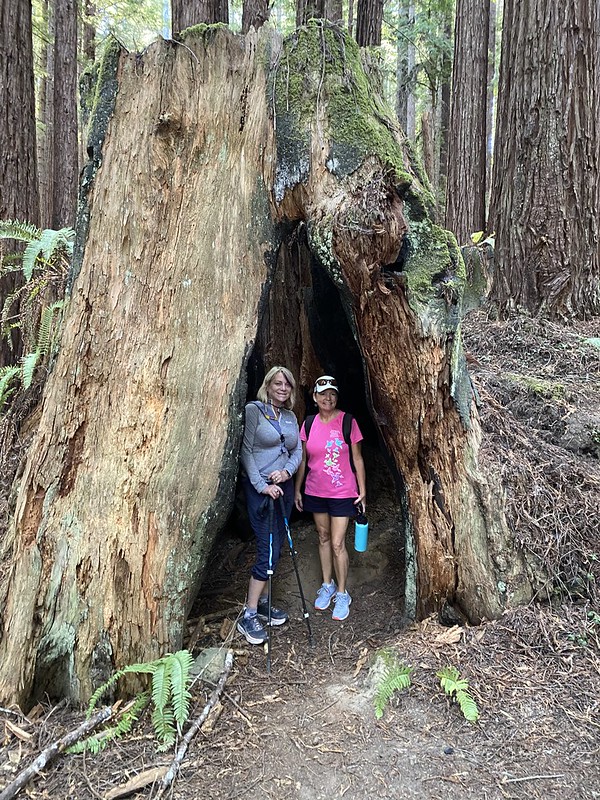 After some discussion, we settled on a long hike as the plan for the day. We hiked from the house to the San Andreas Fault Interpretive Trail. Sharon and I hiked to this spot via some different trails with Drew and Jack in August. We ended up covering 8.7 miles in just over three hours and 45 minutes. A map is here. We stopped for lunch on a bench in the middle of the San Andreas Fault Interpretive Trail.

Like August, we ran across a historical marker [Central Timber Production Zone] on the SAG Pond Trail that I am sure wasn't there a couple of years ago. They are adding new markers that are not on the map that I have.

After I ran a long work meeting, we headed into Gualala for an early dinner. The four of us had dinner on the deck at the Vue Kitchen. Sharon and I both had a halibut special. Sharon was disappointed in the meal; the fish was dry.

Back at the house, Sharon talked everyone into playing Unstable Unicorns. Kevin won!