After breakfast, we walked down the road to the Kahn Ranch Parking lot. This is an addition to the Garland Regional Park. From there, while the girls walked back to the house on the road, Van and I hiked up the Hitchcock Loop. Looking at the maps in the morning, I was sure that the trail went past very close to the house. Just as the trail turned to the west and I started talking about turning back, Holly and Sharon called on the phnoe. They were back at the house and said they could hear us. We backed tracked a little to a side trail I noticed on the way up. It dropped us to down to the house in less than two hundred yards.

In the late morning, we took off for the Carmel Valley Ranch Country Club. The plan was to get some lunch at The Clubhouse Grill and then play in the afternoon. Unfortunately, we had a horrible lunch experience. They forgot to put our order in. Everyone who got their after us got their food. We ended up sitting for an hour and fifteen minutes and never getting any food. The servers were rude and didn't seem to care one way or another.

I enjoyed the afternoon. The course was beautiful. 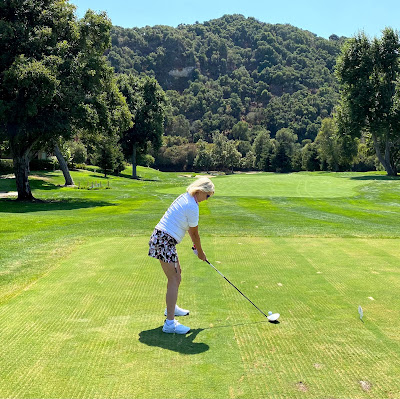 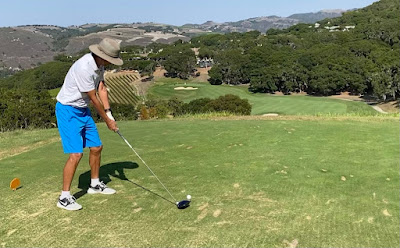 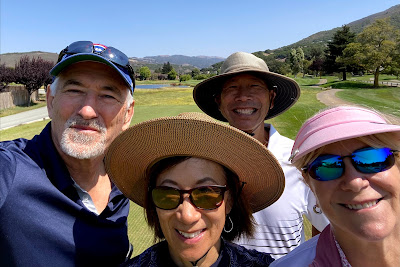 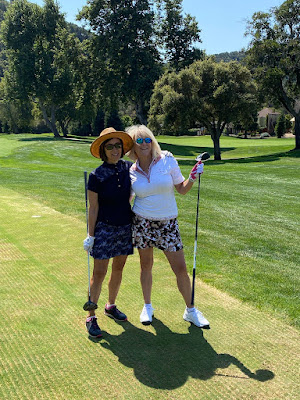 When we played with Kevin and Donna, they had a set of Las Vegas Golf Chips. I ordered a set and used them for the round. Sharon "won." She had 1 putt, wild card (par), sandy and longest drive. Holly had birdie, closet to the pin, sand and water. I was the big loser with seven, eight, trees, three putt, lost ball and beer cart; I earned all of the chips on the back nine.

We finished the day with dinner at the Valley Kitchen. Sharon and I split a Heirloom Tomato & Burrata [Swank Farms Heirloom Tomato, Sweet Basil, CVR Sea Salt Crunch, California Olive Oil, Saba]. For mains, Sharon, Holly and I had Summer Catch [Halibut, Roasted Pepper Coulis, Summer Squash Succotash, Yukon Gold Potato, Pepitas], while Van had Chicken. For the second night in a row, the entrees were frankly not very good...