Donna, Kevin, Sharon and I played golf at Wildhawk. I have played there a couple of times including in 2014 with Kevin and sometime in the 2000s with Judy and Cliff.

Teeing off about 9:40 am, It took us four hours and twenty eight minutes to play the round. Using two mulligans off the tee, I ended up with a fairly honestly scored 107. I had a number of good holes, but also fell completely apart on several others, particularly the sixth. Although better, my chipping cost me a couple of strokes. I would like to get to the point that I could break 100 consistently.

Kevin introduced us to Vegas Golf Chips that he had gotten as a present. It was an interesting wrinkle. I ordered a set from Amazon to use when we play golf with Holly and Van in two weeks. 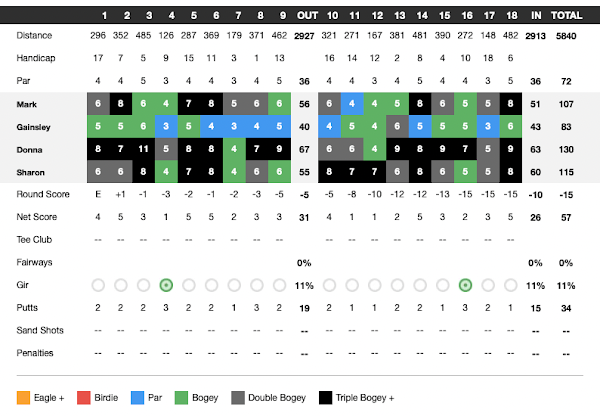