While we were in San Francisco in December, I did a walkabout and found eight different California Historical Markers, including: #88 Niantic Hotel; #90 Fort Gunnybags; #462 Site of First Jewish Religious Services in San Francisco; #408 Site of the the first Meeting of Freemasons held in California; #453 Lucas, Turner & Co. Bank; #192 El Dorado, Park House and Dennison's Exchange; #500 Site of the Eastern Terminus of Clay Street Hill Railroad; and, #119 Portsmouth Plaza. 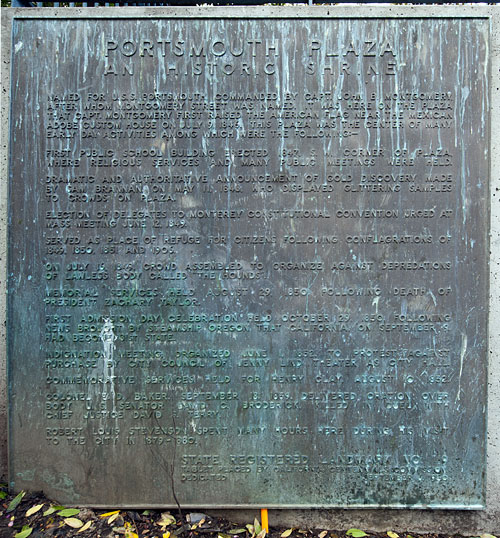 Named for U.S.S. Portsmouth commanded by John B. Montgomery after whom Montgomery Street was named. It was here on the plaza that Capt. Montgomery first raised the American flag near the Mexican adobe custom house on July 9, 1846. This plaza was the center of many early day activities among which were the following:

Dramatic and authoritative announcement of gold discovery made by Sam Brannan on May 11, 1848, who displayed glittering samples to crowds on plaza.

On July 16, 1849, crowd assembled to organize against depredations of lawless body called "The Hounds."

Robert Louis Stevenson spent many hours here during his visit to The City in 1879-1880. 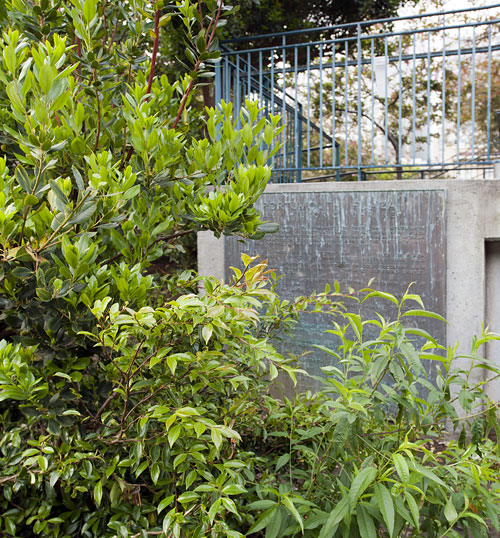 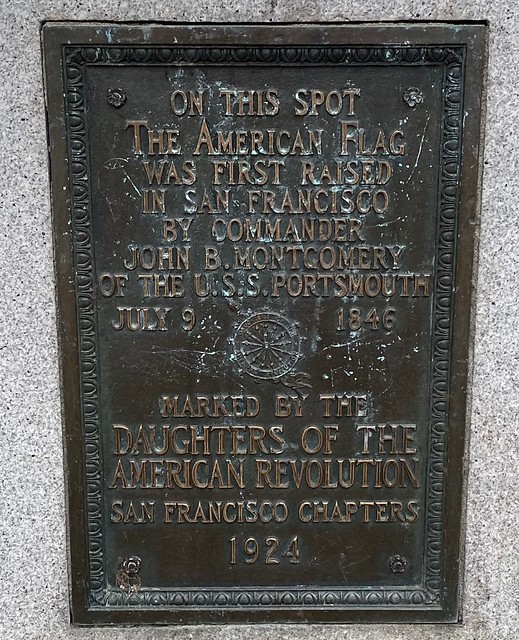 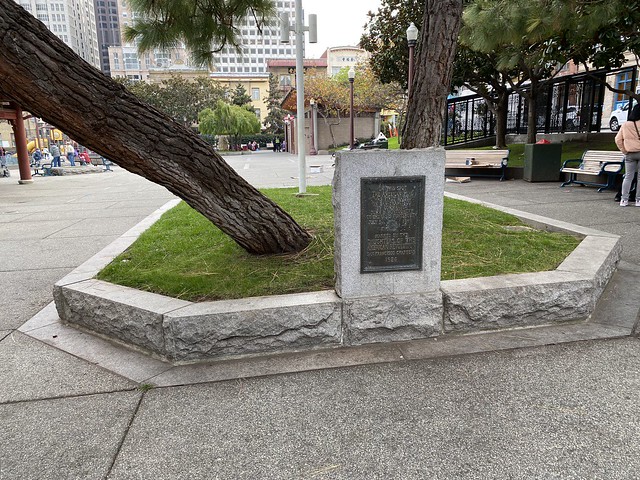