Jack played in his seventh flag football game of the 2007 season. On offense, he ended up touching the ball four times and scoring two touchdowns. In this league, there is no kicking. Instead, the team starts with the ball on their own 10 yard line. The team has four downs to cross midfield and four more downs to score. If a team fails to make a first down, the other team gets the ball on their own 10 yard line.

On both of Jack's touchdowns, the team was on their own 10 yard line. They threw a short out pattern to Jack and he raced up the sideline almost the length of the field to score.

On one of the extra points, the team tried to run a wide receiver sweep with Jack, but it was too slow developing. Jack reversed this field twice before getting caught just before the goal line. Jack also dropped one pass. He has good hands. Jack also adjusts to the pass well. This is the only pass that I can remember him not catching when it was catchable ball.

On defense, Jack hurt his hand on the first play of the game making the tackle; his hand got tangled up in the flag and the belt. He seemed a little tentative afterwards. Playing free safety, Jack made a very athletic play to knock down a pass. As a team, the wolves continue to have trouble catching and pulling the flags on smaller kids. 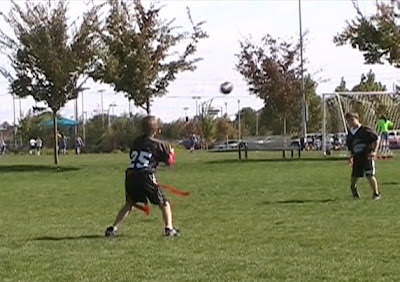 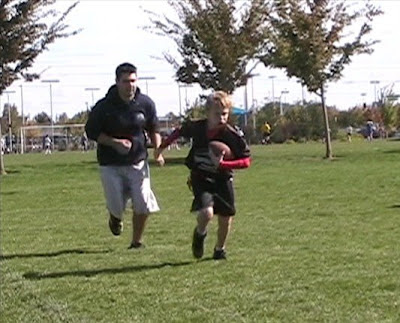 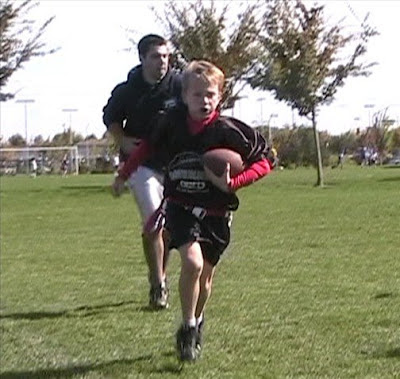