Jack and I went to the October meeting of his cub scout pack. Traditionally, the boys wear their halloween costumes to the October pack meeting. After a ceremony to pass out the awards and achievements that had been earned, the boys went outside and played ghost in the graveyard. They finished the pack meeting working on some crafts, including a broomstick made from fruit rolls and pretzels and a mummy made from popsicles sticks and cloth. 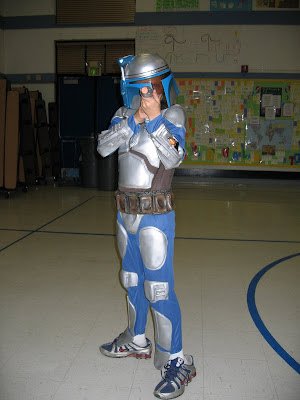