Up early, Sharon and I headed back to Sacramento from Columbia. I picked up Jack and took him to the Cub Scout Pack 233 Raingutter Regatta.

The boat races were 2 out of 3 double elimination. Jack lost his first match and was very discouraged. He then came back to win the next two matches to reach the finals. The other scout in the finals had not lost a match yet. Jack beat him two out of three in their first match, but lost the next match just barely to place second.

Due to some design decisions that I made, Jack's boat had some problems. I used too much hot glue anchoring the sail to the deck. As a result, the boat was more than a little top heavy and unstable. He was not pleased with me. It is a testament to his competitiveness that he was able to do as well as he did. 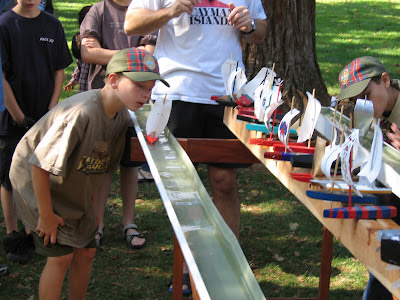 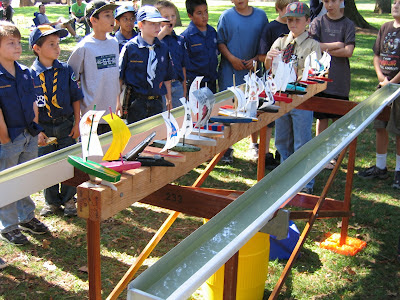