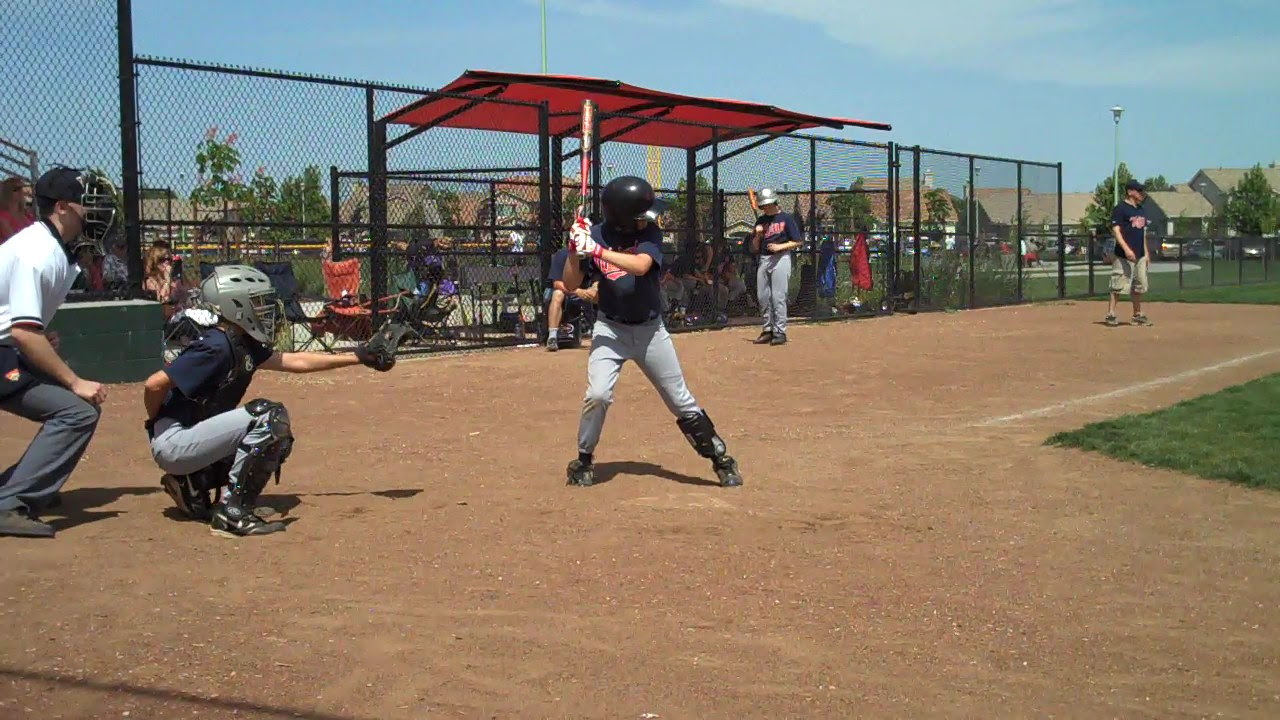 At the plate, Jack was 3 for 3 with two runs scored. In his first at-bat, Jack drove the ball through the left side of the infield. He stole second and eventually came around to score. Protecting the plate with a 2 and 2 count in his second plate appearance, Jack blooped one over the pitcher. He eventually came around to score. In his third at-bat, Jack hit one down the third base line. The third baseman had trouble finding the handle and Jack beat out the throw to first (Becky will probably score this one as an error!). He was eventually forced out at third.

In the field, Jack played three innings at third base and pitched two innings. He threw 37 pitches over the third and fourth inning. Jack gave up one run.

Jack handled the ball four times at third. He threw out three runners at first and made a nice catch on a pop-up behind the pitcher.

Cunningham made an interesting remark after the game. He noted how the game is slowing down for Jack. On the last grounder, with runners on first and second, you could see Jack checking second to see if someone was covering before he threw out the runner at first.