On November 11, the Portolá Expedition of 1769 traveled two leagues, about 5.26 miles, to a point in the lower Cañada de Reymundo, and made their first camp here on their return trip. 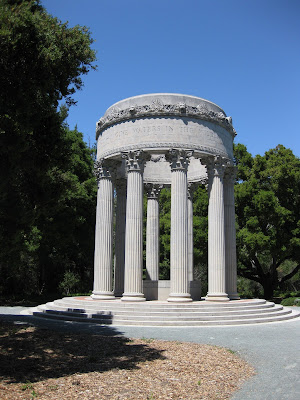 The Pulgas Water Temple is a stone structure designed by architect William Merchant. It was erected by the San Francisco Water Department as a monument to the 1934 completion of the Hetch Hetchy Aqueduct and is located at the aqueduct's terminus.

"Pulgas" is the Spanish (and Portuguese) word for "fleas", which were encountered by early Spanish explorers of the area. 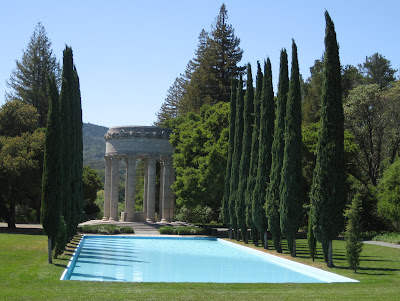 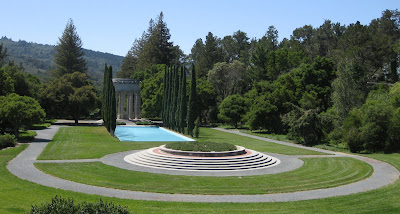 The Discovery of San Francisco Bay
The Portolá Expedition of 17691-1770
The Diary of Miguel Costanso
Saturday, 11 November - After hearing the report of the scouts, the commander decided to call together his officers in order to resolve jointly upon the course that might be suitable to adopt in the present circumstances, bearing in mind the service of God, and of the king, and their own honor.