Like last year, Jack has been playing the 2 or shooting guard in practice. The Eagles have a very deep team. They have 11 players with a nice combination of taller boys and some solid ball handlers. The Eagles have added one nice ball handler (Jacob) and one capable small forward (Malcolm) to a group that had 9 wins and 1 loss last year.

The Eagles played their first game of the season at St. Ignatius against St. Albans. This is the first game of a double elimination tournament this weekend. The tournament games have 6 minute quarters.

Jack played about 19 minutes of the 24 minute game. After making the first basket of the game on a nicely designed play, he struggled with his shot. Jack ended up with 4 points on 2 for 10 shooting. Almost all of his shots were open looks that rimmed out or bounced off the back iron. Jack also had 4 assists, 2 rebounds and a blocked shot. Surprisingly, the coaches played Jack at the point guard the last three minutes of the game. I am not sure what motivated this line-up. I don't remember a time last year when Jack ran the point with Joe and the other starters on the floor. 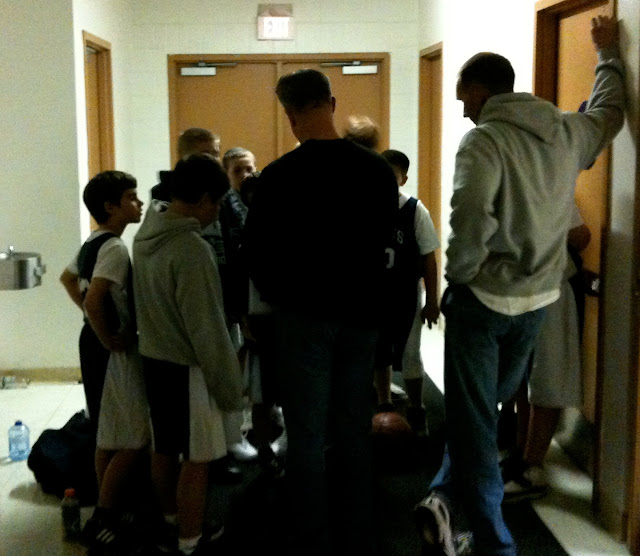