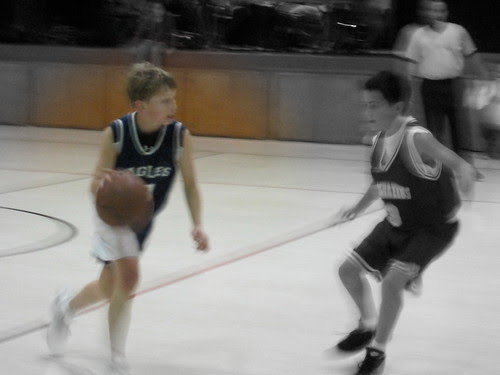 Back at the St. Ignatius gym for the third straight day, the Eagles played St. Ignatius in the tournament championship game at 5 p.m. Sharon's brother Tom and her nephew Eric joined us for the game.

It was a close, hard fought game. With 3 minutes to go in the 4th quarter, the score was tied 22 to 22. St. Ignatius led by the score of 29 to 26 with about 1 minute to go. With the Eagles trying to press, St. Ignatious added another basket and two free throw shots in the last minute. The Eagles lost the game by the score of 33 to 26.

Jack had 4 points on 2 for 7 shooting. One of the shots was a long three at the end of the first half. He added 4 rebounds, 2 steals and 1 assist. Jack had at least three nice entry passes where the player was either fouled or missed the shot.

The Eagles took home the second place trophy. Jack and Jake were named to the all tournament team! 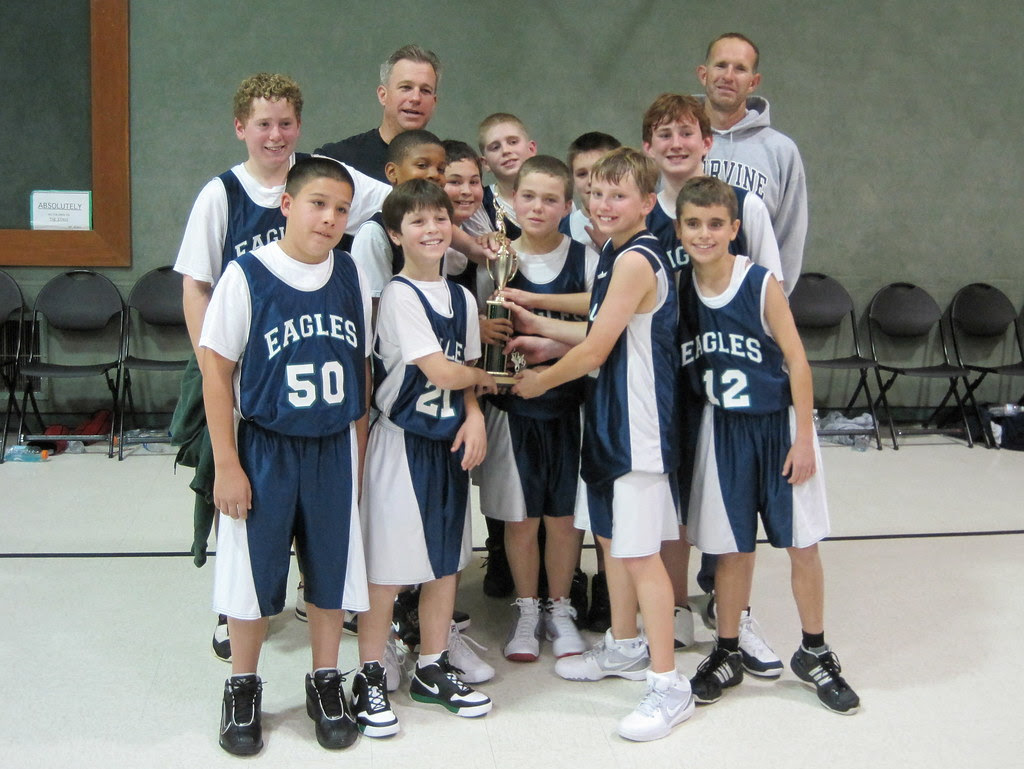