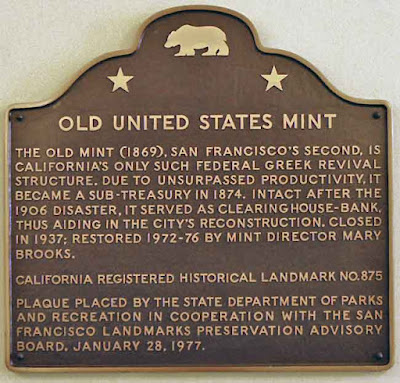 This is San Francisco’s second mint (1869). California’s only such Federal Greek Revival structure. Due to unsurpassed productivity, it became a sub-treasury in 1874. Intact after the 1906 disaster, it served as a clearinghouse bank, thus aiding in the city’s reconstruction. Closed in 1937, it was restored in 1972-1976 by Mint Director Mary Brooks. 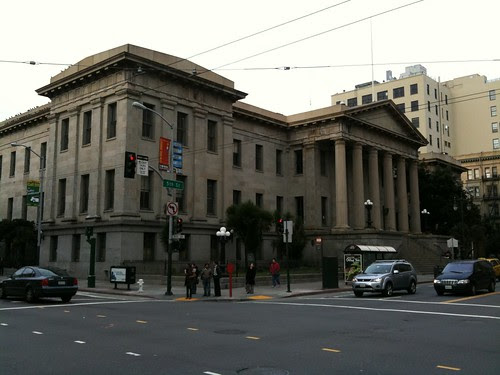 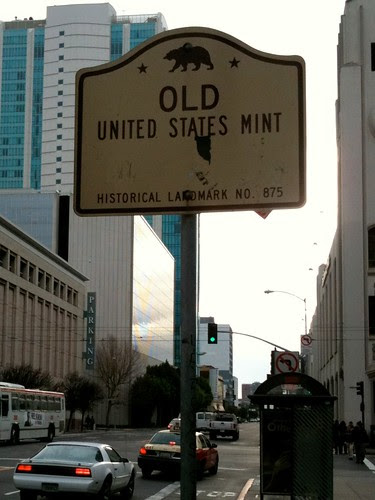