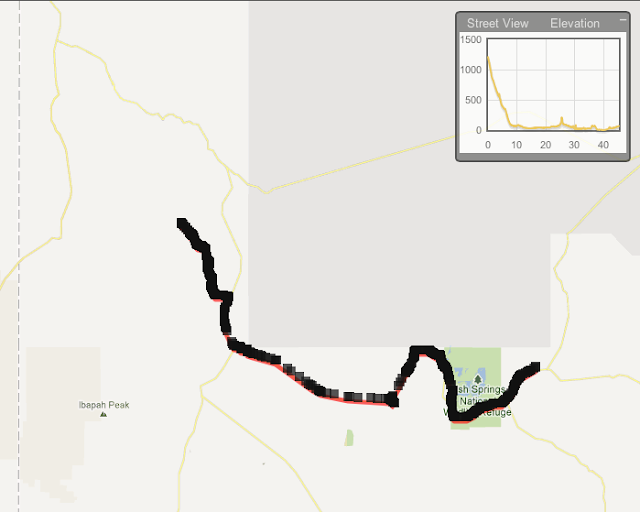 I broke the ride into two parts. The first half was very fast. It included almost ten miles of downhill and then ten plus miles of very flat terrain. After a quick break to stretch my legs, the second half of the ride was more entertaining. The road looped north around a mountain range before turning back to the east. It was visually an interesting ride in Google Earth.

I upgraded the firmware on the bike on Saturday. It appears that this fixed the bug where the Google Earth view would freeze at 1,000 calories.

The trip log for Virtually Biking Across America is here.


at the end of the second leg of the ride 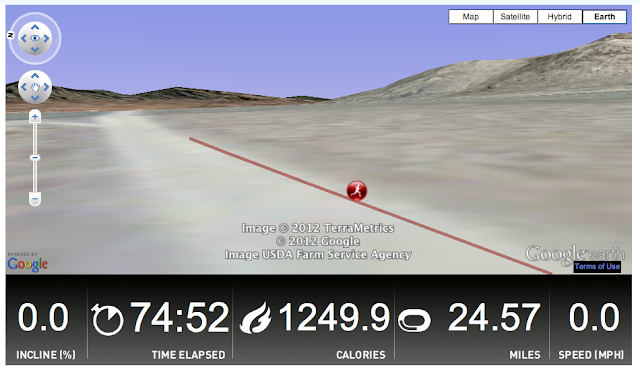 at the end of the first leg of the ride, just before turning north 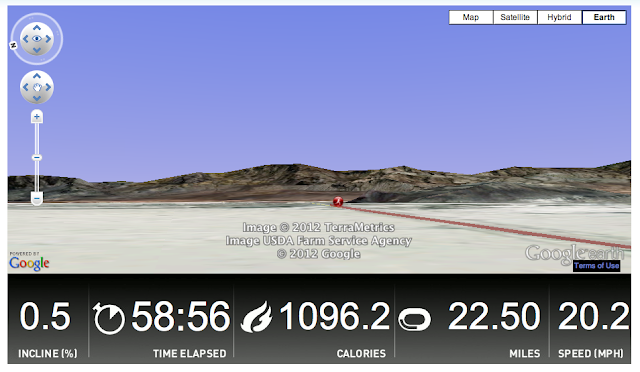