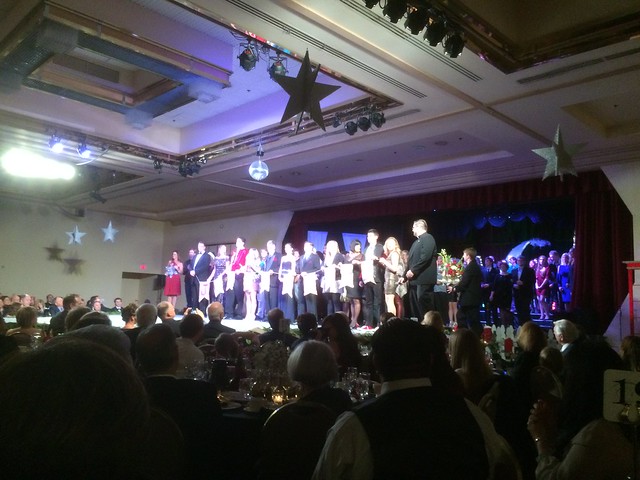 For the third straight year [2013, 2012], Sharon and I went to the Loyola Guild’s 58th Annual Christmas Tree Lane Gala Dinner at the Red Lion Woodlake. The event included a shopping boutique, a dinner and a fashion show. The fashion show was really more of a variety show.

After being at the Hyatt in 2012, this is the second year at the Woodlake. I really don't like the Woodlake as a venue for this event. The parking is horrible and the space is too small for the number of people attending.

We sat with the DeAndas, Mike's mother and her date, the Flores and some friends of the DeAndas that we sat with at the auction. It was a very nice table and a very social event. The Renterias were working at the event helping the boys, including Coop, selling raffle tickets.
By Heringer at 12/01/2014 11:59:00 PM