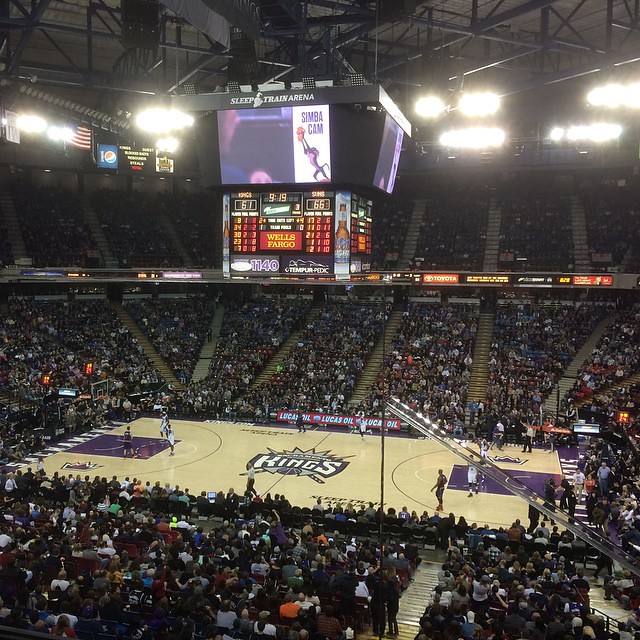 Jack and I went to the Sacramento Kings versus Phoenix Suns NBA basketball game. Jack is a Suns fan; we saw both of the Suns versus Kings games last season [4/17/2014, 11/19/2013]. Playing without DeMarcus Cousin who was out with a stomach illness, the Kings kept the game close for three quarters, but fell short in the fourth quarter and lost by the score of 115 to 106.

The Kings were led by Darren Collison. He had nineteen points on 5 for 12 from the field, 4 for 7 from three and 5 for 6 from the free throw line.

Jack was excited to see Zoran Tragic, Goran's little brother, play at the end of the game. This is the second game that Jack and I have seen this season. Cousins has not played in either game.

Bobby and Yuli were in section 202. We talked to them and the Laskins at halftime.