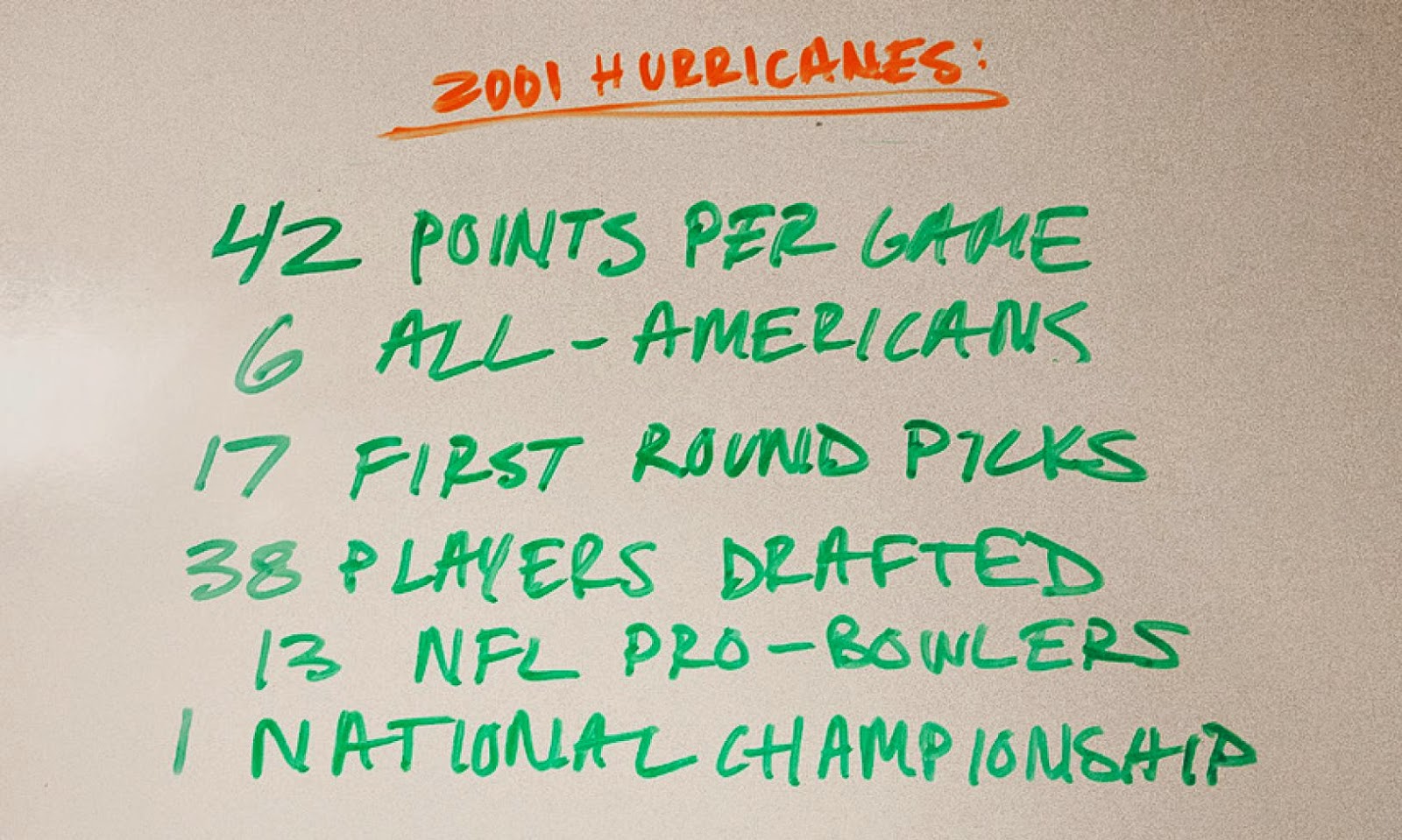 With Sharon out to Dinner with Janie for their annual Christmas dinner, I watched The 'U' Part 2. This is the twentieth-sixth installment of ESPN's 30 for 30 Vol II. An episode guide for Vol II is here.

Five years ago, I watched the 'U' as part of the original 30 for 30 series. Part Two picks up where the original film ended. In the late 1990's, the University of Miami football program received a number of sanctions from the NCAA, including the loss of 31 scholarships and bowl game ban.

Under Butch Davis, the program was rebuilt. In the 2002 Rose Bowl, the Hurricanes took a 34–0 halftime lead and cruised to a 37–14 win over the Nebraska Cornhuskers to capture their fifth national championship and put the finishing touches on a perfect 12–0 season. There is an interesting FiveThirtyEight post that this was the most talented college football team in history.

In 2003, the #1 ranked and unbeaten Hurricanes faced Ohio State in the Fiesta Bowl. On a controversial pass interference call in overtime, Ohio State upset Miami by the score of 31 to 24. The Ohio State team featured Maurice Clarrett and was coached Jim Tressel! They are the topic for another 30 for 30 Volume 2 film.

The story flips once more when the NCAA came under fire for methods that they used to investigate the University of Miami football program. Apparently, the NCAA made payments to Shapiro's attorney to subpoena people for dispositions in an ongoing bankruptcy case as a way to ask questions under oath.

In spite of all the turmoil highlighted in the two films, the football program has had amazing record. The accomplishments included:
While I didn't find it as compeling as Part One, this is an interesting documentary. All of these films make me very jaded about college football. It is a big business whose rules needed to be badly overhauled.
By Heringer at 12/13/2014 11:59:00 PM