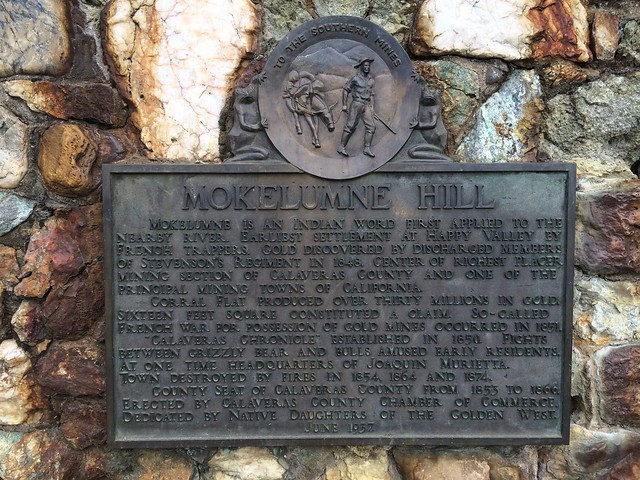 Mokelumne is an Indian word, first applied to the nearby river. Earliest settlement was at Happy Valley by French trappers. Gold was discovered by discharged members of Stevenson's Regiment in 1848. Mokelumne Hill was the center of the richest placer mining section of Calaveras County and one of the principal mining towns of California. Corral Flat produced over thirty millions in gold. Sixteen feet square constituted a claim. The so-called 'French War' for possession of gold mines occurred in 1851. 'Calaveras Chronicle' was established in 1850. Fights between grizzly bears and bulls amused early residents. The town was destroyed by fires in 1854, 1864, and 1874. County seat of Calaveras County from 1853 to 1866. 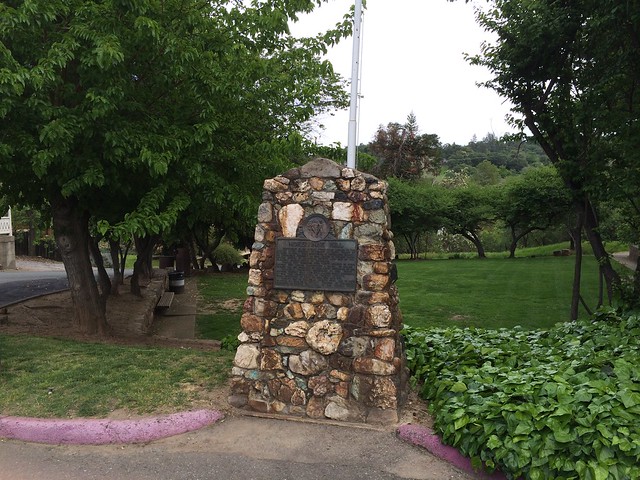