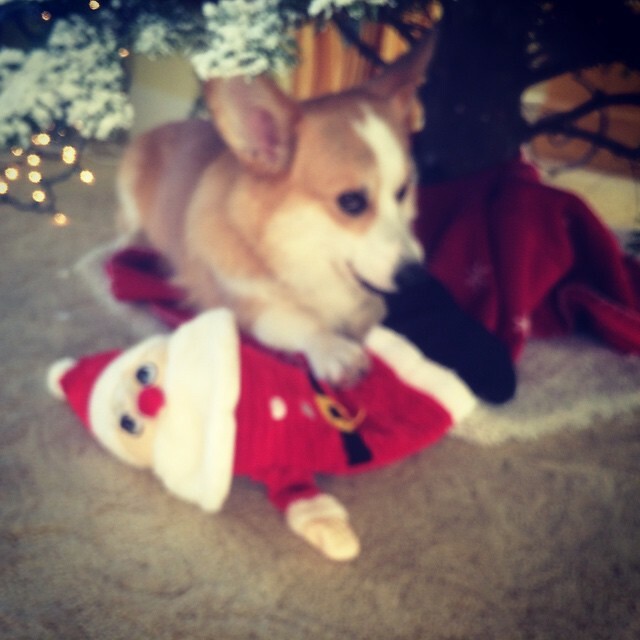 After a late night, the three of us had a very nice Christmas morning opening presents around the tree. We had a lazy breakfast of French Toast. Jack and I took Tiber for a long walk after breakfast.

In the early afternoon, we went out for a movie on Christmas Day for the sixth year in a row. The there of us went to see Unbroken. Sharon had tried to read the book years ago, but couldn't get through it. We enjoyed the movie, but Sharon and I thought that the film focused too much on the prison camp torture scenes. It could have spent more time on the rest of Zamperini's life.

After not being able to get into Buca de Beppo last Christmas, I made a reservation in early December. We ordered way too much food.

With Sharon feeling under the weather, we finished the night watching the first episode of Sherlock. The series stars Benedict Cumberbatch as Sherlock Holmes and Martin Freeman as Doctor John Watson.
By Heringer at 12/25/2014 11:59:00 PM