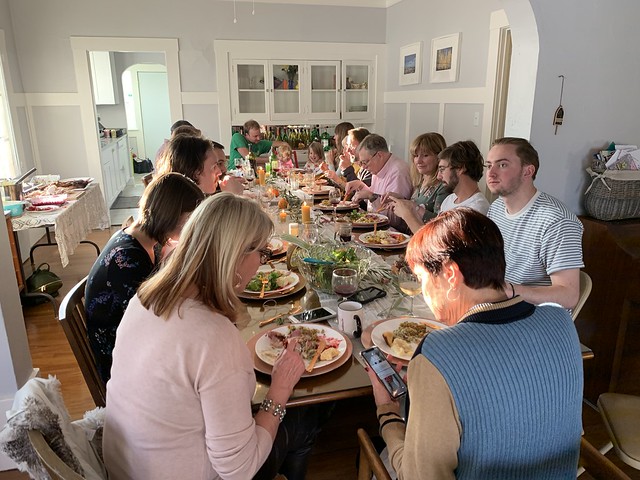 Sharon started this fall selling the idea that the next generation should host Thanksgiving this year. Leah and Kevin accepted the challenge.

After getting home from the Run to Feed the Hungry, Sharon made a couple of pumpkin pies and a green bean casserole. We took off about 12:45 pm for Leah and Kevin's house in the Colonial Heights area of Sacramento.

The group totaled twenty-one, including: Tom; Eric and Ashley; Kevin, Leah, Lydia and Amelia; two friends of Toms (Jim and Mary); Tim and Kathy; Eileen and Will; Erin and Cormac; Terry and Steve; Janie; Sharon, Jack and I. Ashley left before dinner to head up to her parents house in Cameron Park.

Email ThisBlogThis!Share to TwitterShare to FacebookShare to Pinterest
Labels: Thanksgiving