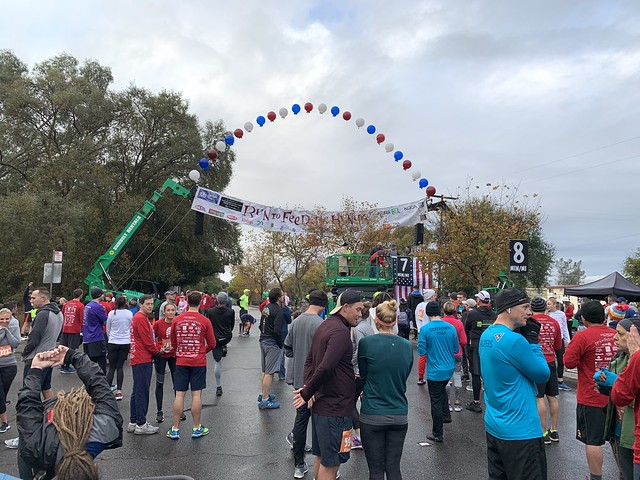 I woke up about 4:30 am in the morning and it was pouring rain.  When I walked Tiber, it was raining lightly. As a result, I had a certain amount of trepidation about the day. I have only run the race once in the rain; it poured during the race in 2011.

With Sharon and Jack planning to walk the 5k, I took off by myself at 7:15 am.  For the eighth year in a row, I parked off University Avenue.  Reversing the trend of the last couple of years, I parked near the Guy West Bridge rather than the H Street Bridge.

I am not sure how to feel about this year's results. I have come to view this run as a referendum on my fitness. Although I am a little dinged up (left foot and right hip), I felt good physically during the run. My legs felt odd during the first mile, but I settled in and was comfortable for the rest of the race. I just can't carry any speed anymore.

Sharon and Jack drove separately and walked the 5k with Emma, Jason, Laura and Daphne (Laura's daughter). There were so many people at the 5k that it took them twenty minutes to cross the starting line. Sharon vows that she will do the 10k in the future. 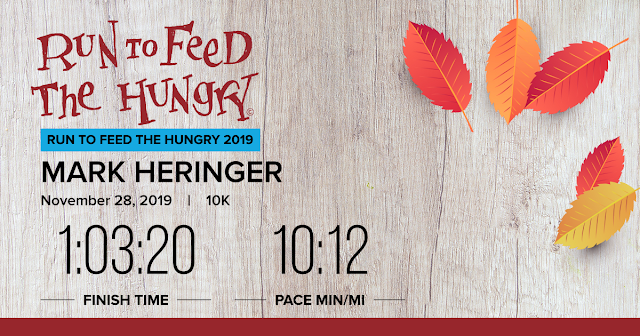