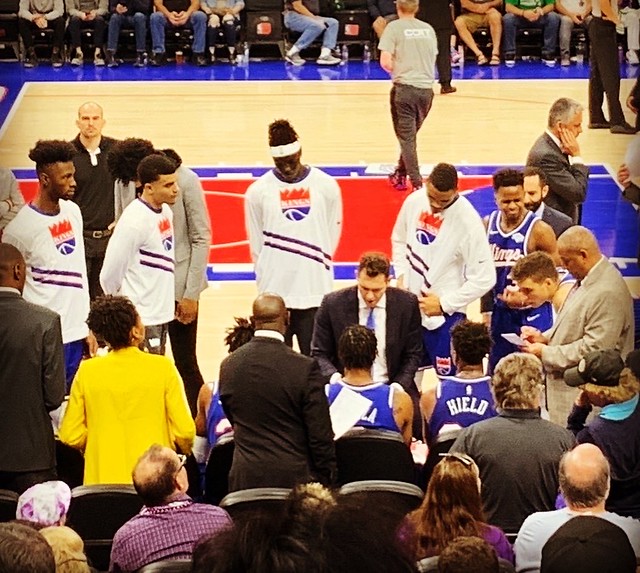 After having brunch at Echo & Rig in the Sawyer hotel, Larkin, Cindy, Sharon and I went to the Sacramento Kings versus Boston Celtics NBA game. It was an odd 12:30 pm tip-off.

The Kings led by as much as ten points in the first half. Trailing most of the fourth quarter, they kept the game close. On the strength of Hield and Bogdanovic's shooting and two clutch free throws by Holmes, the Kings won the game by the score of 100 to 99. Marcus Smart had a runner bounce around and off the rim at the buzzer.

I am disappointed that we didn't get a chance to see Fox or Bagley. The silver lining with their injuries is that the Kings are going to have to ride Hield and Bogdanovic.

Jaylen Brown was the leading scorer for the Celtics. He had 18 points on 7 for 16 from the field and 4 for 7 from three. Brown also didn't have a free throw...

The four of us saw a game together last November. 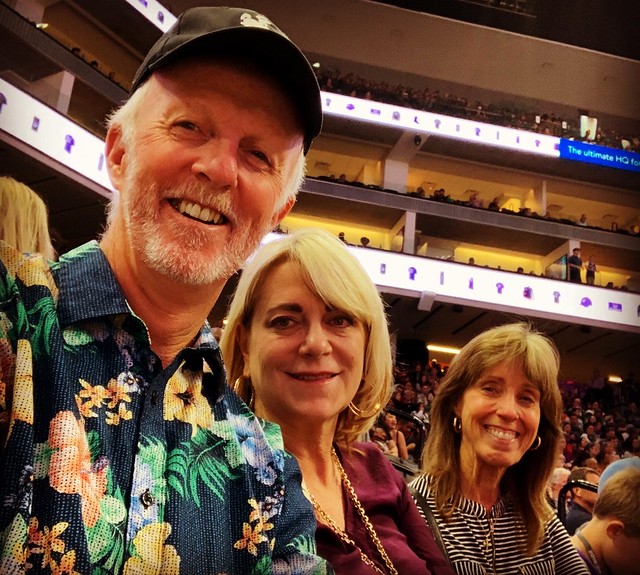