We visited the Woodrow Wilson Museum and Presidential Library during our East Coast trip this summer. 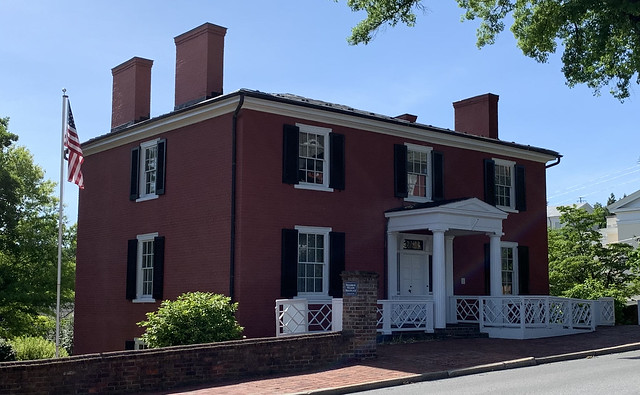 The house was built in 1846 and was the home of the minister of Staunton’s First Presbyterian Church. The house became the home of Dr. and Mrs. Joseph Wilson in 1855 and on December 28, 1856, Thomas Woodrow Wilson was born in this here. The Wilson Family left Staunton when the future president was still and infant and move to Augusta, George where they lived until Woodrow was about 14-years old. After the Wilson’s moved from this house is remained The Manse for the Presbyterian Minister until the late 1920’s. After President Wilson died, his second wife, Edith, returned to Staunton with plans preserve the house as a presidential memorial. The house was acquired by the Woodrow Wilson Birthplace Foundation in 1938 and was dedicated as a museum by President Franklin D. Roosevelt in 1941.
By Heringer at 11/22/2019 11:59:00 PM