Previous Day
SATURDAY APRIL 22, 1995 - - i got up fairly early, had breakfast at the inn and went to took the castle ruins above heidelburg. I have to admit that it is pretty impressive. it is supposed to be the largest castle ruins in germany. the view of the castle from the river below and the view of the city, the neckar river and the valley from castle are amazing sights. I wandered around the castle and gardens, visited the museum and took a tour.

about 2:00 pm i started back to the train station and caught a train to mainz. rob had suggested that I go to mainz and take a rhine river tour. i am glad that i went there. I did not realize how much of a tourist trap heidelburg was until i got to mainz. it is a somewhat more typical german city. it took me a little longer this time to find a room, almost two hours before I got the city mapped out and I figured out where i was going to stay.

i then walked down to the cathedral. with most of it built In the 11th century, it is described by the guide book as one of the "three of the great romanesque cathedrals of the rhine." I have to say that I was probably more impressed with this church than with any of the churches that i saw in russia. the churches in Russia had a lot of character, but none of them took my took my breathe away quite like the inside of the cathedral at mainz. the size of the inside of this cathedral is astonishing.

I spent the rest of the evening looking for places to eat and drink. I also scouted out the schedule for the rhine boat tours. mainz is at one end of the part of the river that the tour boat cover. combined with the fact that the season does not really start until may 1, this meant that my choices of times were limited. I finally got a chance to talk to sharon on a half way decent connection.

trying to use my AT&T card from moscow was a another mess. it was a satellite link with a three plus second delay. rob made a good observation at one point that you almost need to treat it like a two way radio link and say "over" when you are done talking. one of the most frustrating moments of the trip (second only to having destructively re-initialized rob's email box) was trying to talk to sharon's mom on the phone. due to the time differences and some uncertainty about her schedule, we had planned for me to call her at her parent's the saturday night before easter. her mom answered the phone but would never stop saying hello long enough to hear me answer. this went on for about a minute before she hung up on me....

click on the picture for a larger copy!
Heidelburg, Germany 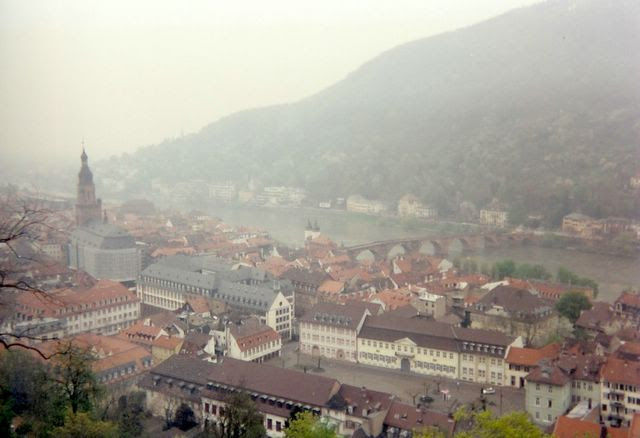 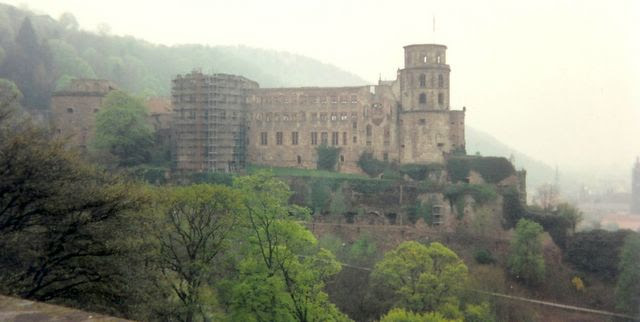 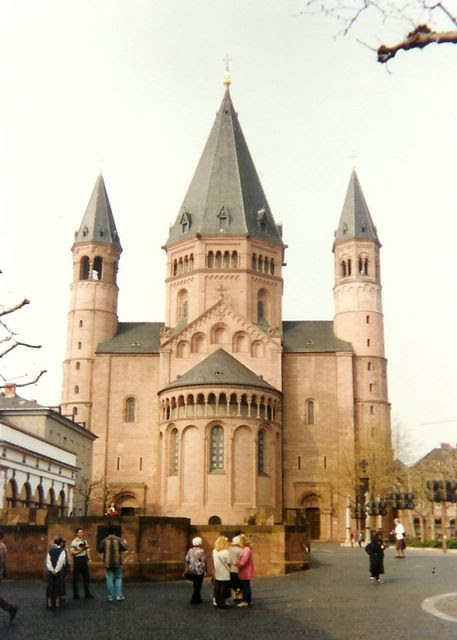