Previous Day
WEDNESDAY APRIL 19, 1995--barb, their two kids, the nanny and i went on a walking tour of the patriarch pond neighborhood where their new apartment will be. the tour guide was an older russian woman who lived in the area. lasting over two and a half hours the tour provided an excellent overview of the architecture of the last 300 hundred years, including all of the different styles for each period. the tour included one of the two working synagogues left in moscow and a church dating from the 15th century that is in the process of being restored.

the tour really helped provide a foundation for looking at the city. it also gave me a better feeling for the neighborhood where the nooter's new apartment will be. when i say a better feeling I mean that maybe it is not such a bad idea for the nooters to move there. the area has a tremendous amount of history.

after the tour, the driver picked up the nanny and the kids. barb and I went up to check on the new apartment. unfortunately, the crew had just finished the kitchen and was not consistent with the plans that were shown to them. so barb spent some time talking to rob and trying to get hold of the property agent.

barb and I then caught the metro to the pushkin museum. we spent a couple of hours at this museum. it has a particularly large collection of french impressionism art and ancient civilization artifacts.

trying to fix dinner that night also highlighted another problem. there just is not anywhere to grab a bit to eat in the area where they currently live. you can not just go out to get a pizza or some mexican food. about the only thing near park place are a couple of small and expensive markets. there will be a few more place to eat near the new apartment.

click on the picture for a larger copy!
Patriarch Pond 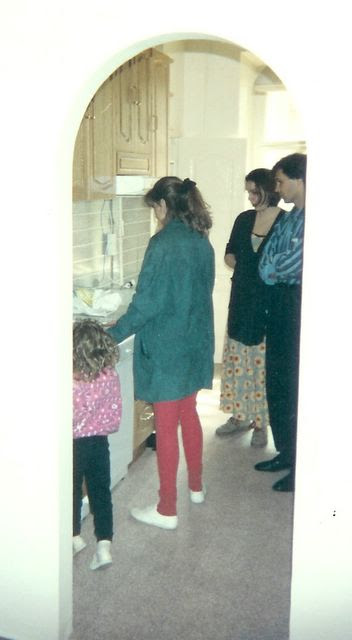