once we got to the airport, it quickly became apparent why rob insisted that we arrive at least two hours early. the Russians do not make it easy to leave the country. first you have to go through customs. this is a pretty long line that took about twenty minutes. rob and i stood and talked during this period. after getting through customs, i went through the standard international security check (where did you get your luggage?; has anyone given you anything to carry onboard). then after standing in a long line to check my luggage, I got in a fairly long line at passport control.

this was a major disaster. it took almost 45 minutes to get through this line. two of the people in front of me were pulled aside to a little room as they were having their passports checked. both appeared to be russian nationals.

once I got through this mess i walked out of what has to be the most inadequate airport that i have ever been in and on to the delta flight and was handed a wall street street journal (time warp). the flight back to frankfurt was uneventful.

I dropped my luggage at the airport and based largely on a suggestion by sharon bought a train ticket to heidelburg. After changing trains at the main frankfurt station, i was in heidelburg by 1:00 pm. I walked around town for about two hours looking for a room. with blind luck i found a room in a nice bed and breakfast about two blocks from the old part of town.

after an hour nap, i spent the rest of the day exploring the old part of the city, including sitting in the main square (marktplatz) drinking beers, wandering along the pedestrian mall (hauptstrasse), having a few more beers in places on back alleys and eventually finding a place to eat. I crawled back to my room to end the evening. the weather was absolutely beautiful.

i was struck by how different germany is from russia. while the language and architecture can be different, there were times in germany when i forgot I was not in america. I never forgot i was in russia.

click on the picture for a larger copy!
Heidelburg, Germany 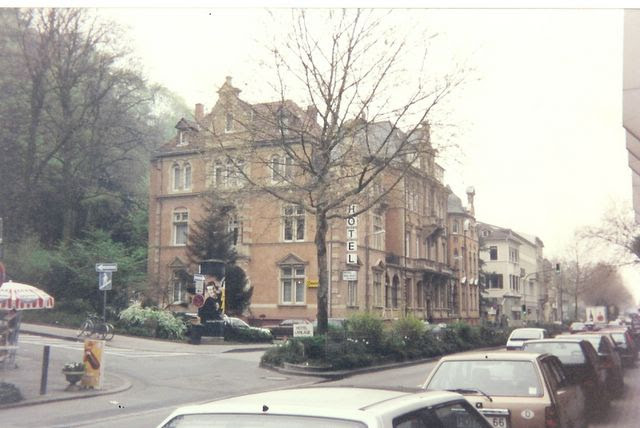 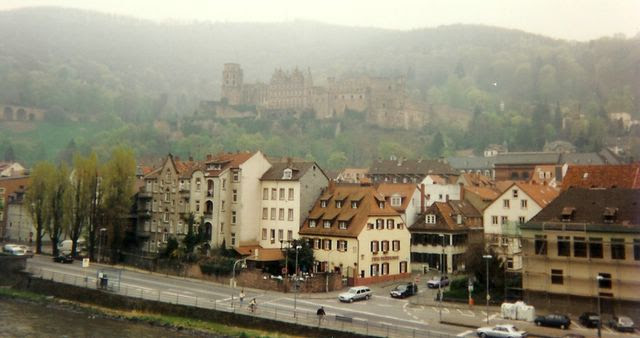