Previous Day
MONDAY APRIL 17, 1995 -- the plan for monday is to drive out to sergiyev posad. this is about 45 miles from the center of moscow. lt is a monastry that is one of the centers of the russian orthodox church.

one of the interesting sidebars to this trip was the traffic in moscow. I had assumed that would be alot less than other major cities because fewer of the people would have cars. WRONG! the traffic was really bad. we went into the center of the city to pick up the nooter's russian language teacher. we got trapped in traffic that would have done los angeles proud. there are alot of cars here, i guess that i forget moscow is a city of 10 million people.

the drive out to sergiyev posad was also interesting. for the first time we got out of the city and saw buildings other than apartments. although there were smaller apartment buildings on the way, there were also lots of older typical single family dwellings. there were even a few dachas (nicer country homes primarily for the city residents) that looked like a modern spec house in california.

the complex at sergiyev posad was amazing visually. A number of churches and other buildings surrounded by kremlin walls sit on a hillside. words do not do justice to the architecture of the site. hopefully the pictures will come out.

the site is one of two working monasteries for the church so there were priests moving back and forth. the russian orthodox uses a different calendar so that yesterday was palm sunday and next sunday is easter. as a result this is very religious period and there is a great deal of activity in the churches.

the countryside outside of moscow reminds me of upstate new york or pennsylvania. when we got back in the late afternoon, we stopped at gorky park and looked at some local art for sale and had a quick bite to eat.

rob and i then went out to buy a VCR for their new apartment. this was quite an experience and provides an idea of how screwed up their financial system is. in the store the goods were marked with prices by dollars. to buy the item you had to go down stairs to the bank and convert your dollars to rubles. when we came back up to store rob realized that the exchange rate was different in the store and he did not have enough rubles. when you go exchange for dollars for rubles the clerk has to fill out this 8 by 5 inch form by hand that you are supposed to save. plus they recommend not changing too much money at once due to the continuous decline in the ruble. last summer the ruble was 1600 to the dollar, it is now 5000 to the dollar. rob was saying that the russians have a high rate of savings but that it is all saved as dollars or marks. in general it is a very screwed up financial system.

after a late dinner I crashed falling asleep on the couch. it was really the first night i went to bed before midnight since I have been here.

click on the picture for a larger copy!
Sergiyev Posad 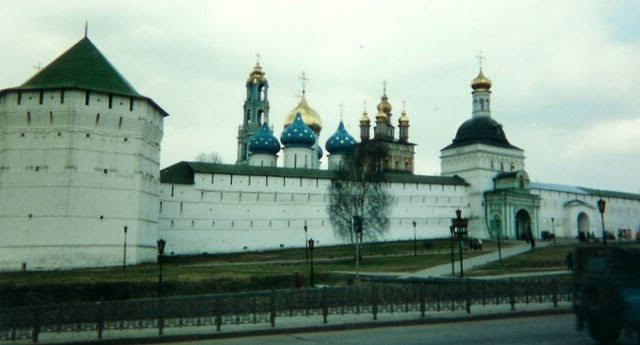 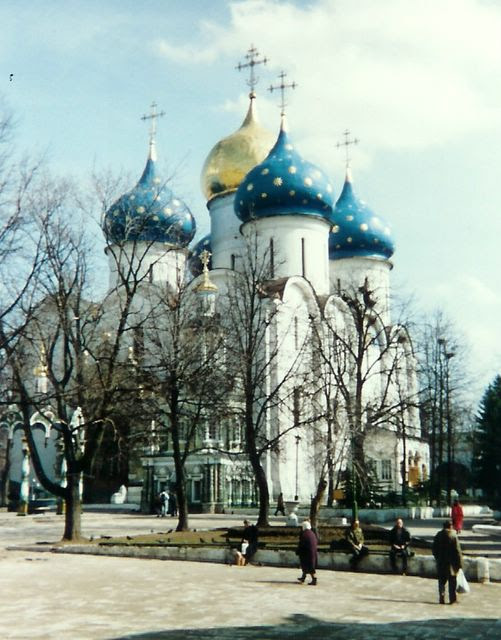 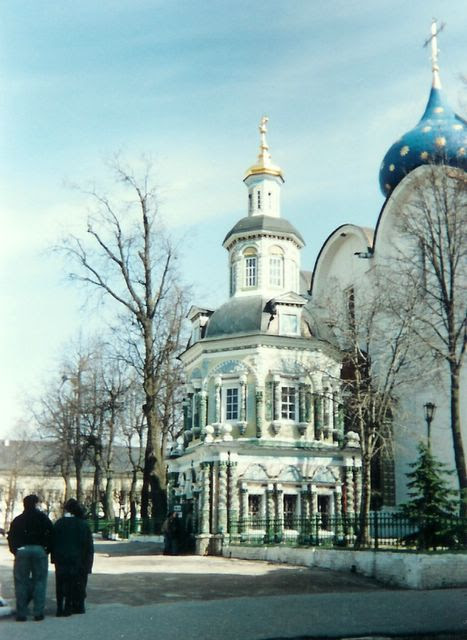 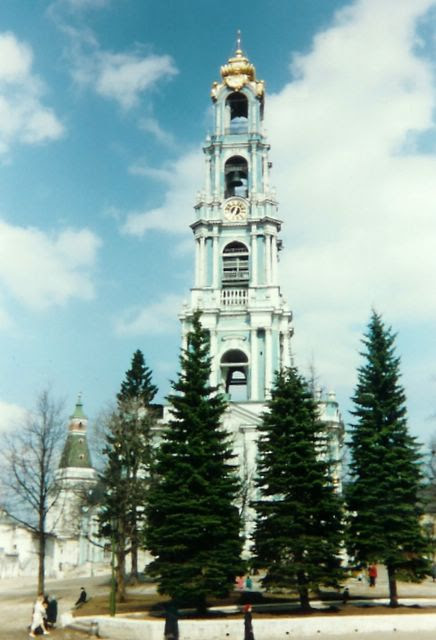 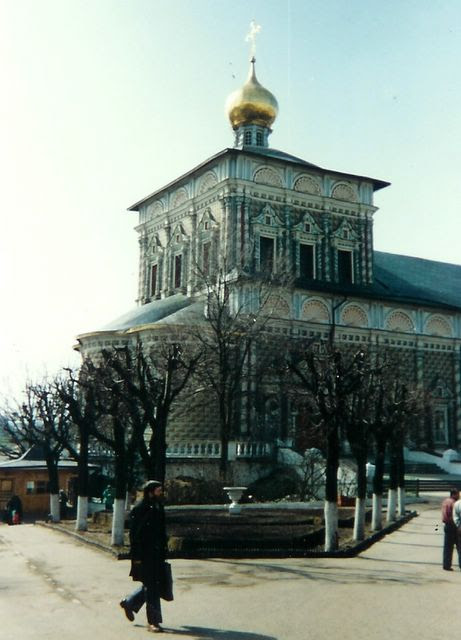