Previous Day
SUNDAY APRIL 23, 1995 - - the hotel i was staying in included an expansive bunch so i was a little slow and lazy in the morning sitting, reading my book and drinking coffee.

after breakfast I went down and bought a ticket for the river cruise. the boats run primarily from mainz north to bonn. if you went to cover the whole distance on a fairly conventional boat it takes about thirteen hours. given the boat schedule and my less than three days in germany, i elected to take a faster boat.

while I was waiting for the boat to take off, i went through the gutenberg museum which includes one of only 47 of the existing gutenburg bibles.

the boat tour took off in the early afternoon and covered the river from mainz to kobenz. this is about 45% of what might be considered the whole tour. nevertheless, the section from bingen to koblenz is said to contain some of the more impressive set of castles. it was a pretty impressive tour from which you can see the ruins on the hillsides of twelve to fifteen castles plus lots of small towns and vineyards. i can see the value of taking a slower boat and getting a chance to soak up the scenery, but the faster boat represented a good choice for the amount of time that i had.

i spent the late afternoon wandering around kobenz. the city was originally founded in 9 AD by the romans and has a major fortess on the hillside that dates from about the 1100's.

i then caught a late train from kobenz to the frankfurt airport and stayed at the sheraton at the airport. a cope-out maybe, but at this point i was pretty beat. i figured that i probably walked almost 10 miles a day on friday, saturday and sunday. the idea of rolling out of bed and on to the plane in the morning sounded attractive...

click on the picture for a larger copy!
Rhine River 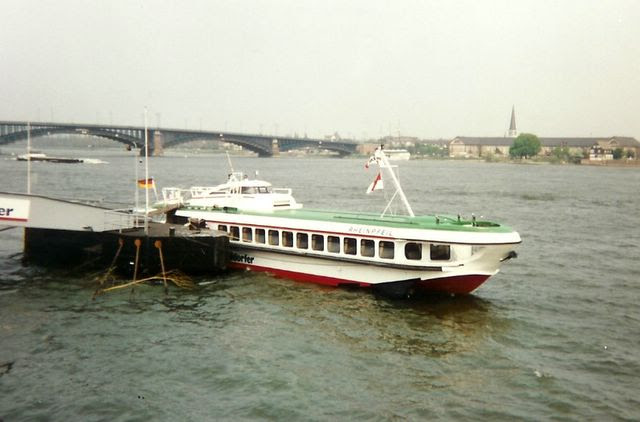 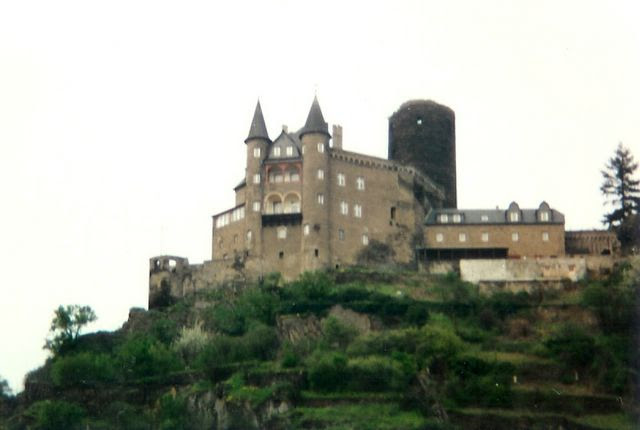