Previous Day
TUESDAY APRIL 18, 1995 --after having four days off from work, rob went back to work today. barb and i plus another american woman who lives In park place (the western style apartment where the nooters are currently living) whose husband manages a surgerical equipment plant went to the kremlin. I had always thought that red square is inside the kremlin but it is actually along the north west wall on the outside of the kremlin. the inside of kermlin in moscow contains a number of buildings and churches. the oldest of the structures date back to the 14th and 15th centuries. we walked through the compound and went into two of the largest churches. in addition to about half dozen churches and the czar palaces, there are a number of working buildinqs in the kremlin. we next toured the museum at the armory. the museum contained a wide ranqe of materials including clothes, weapons, carriages, eating services, regilious artifacts and other things such as the faberge eggs covering more than a thousand years of russian history.

one of the things that I did not expect was how brown things were going to here this time of year. they had the last big snow fall on April 1. while it is warming up now none of the trees have any leaves. most of the trees in and around moscow are birch trees. there is also no grass growing. the overall effect is a city with lots of dull apartment buildings with brown spaces between them. just in the last two days the grass has started to grow and the trees are starting to leaf out so that there is a hint of green. barb said that last summer when they arrived that the city was very green.

there have been a number of exchanges between rob and barb and I that have been priceless. my favorite to date was at night on tuesday night. during a late dinner i said that i thought that moscow was not such a bad city and rob responded "that's because you get to get on a plane on friday and fly out of here."

click on the picture for a larger copy!
The Kermlin 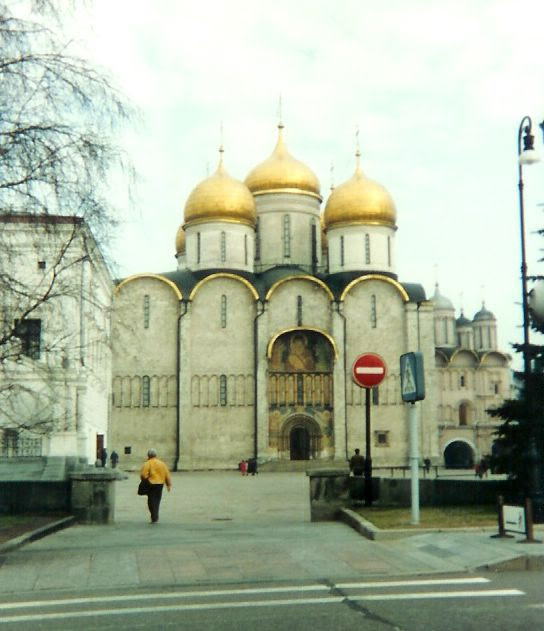 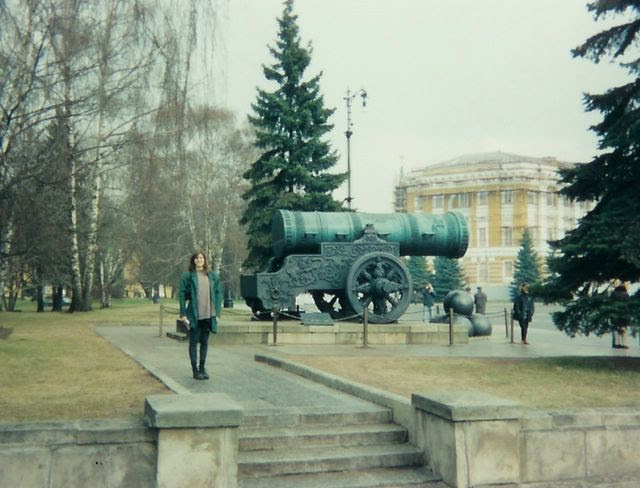 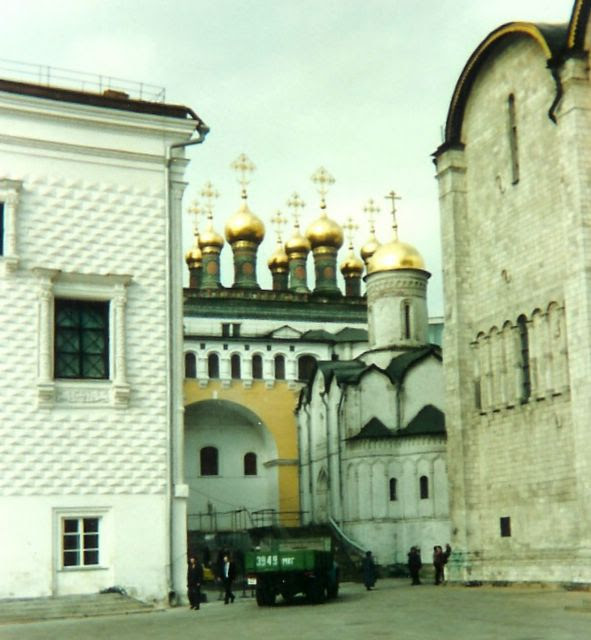