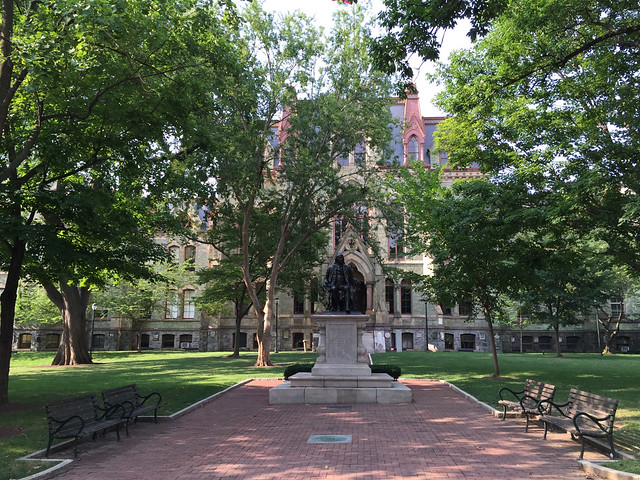 After a restless nights sleep, Sharon and I had a solid breakfast in the hotel. After breakfast, we walked a long ways to UPenn to meet Jack. I had set a GPS point near his room in the dorms, but he was waiting in the front of the building. Finally connecting with Jack, we walked back across the campus and down Locust Walk. Walking up to Chesnut, we hailed a cab and headed back to the hotel.

Dumping Jack and Sharon at the hotel, I walked a couple of blocks to Enterprise. One of the oddities of the trip is that it was half as cheap to pick up a rental car downtown on Saturday than it was to pick it up at the airport on Friday; literally, half as expensive…

Picking Sharon and Jack at the hotel, we headed to Villanova. Although Villanova doesn't offer tours on Saturdays, we decided to make a stop there. Unlike UCLA, walking around campus was a success. We ended up at the business building. We were all impressed with the campus. Villanova might be one of Jack's safety schools.

We headed to Washigton, DC. I could complain about the traffic, but it would quickly become a broken record. With a longer than necessary stop at Subway for lunch, it took us about three hours to get to the hotel. We are going to spend three nights the Capella Hotel in Georgetown.

Somewhat unbelievably, the room was not ready at 4:15 pm. After an hour wait in the bar, we were finally in a very nice room.

After getting unpacked, Sharon and I headed to M Street. Sharon did some shopping and we ended up at ENO for a class of wine. We wandered down the C&O Canal and out to the river. I need to come back and visit the Stone House.

We finished the night with a late dinner at the hotel restaurant, The Grill Room. Sitting along C&O Canal, I had yellow fin tuna, Jack had veal and Sharon had guinea hen.

After dinner, Jack and I spilt a couple of games of chess in the library before finishing the night watching Treehouse Masters. 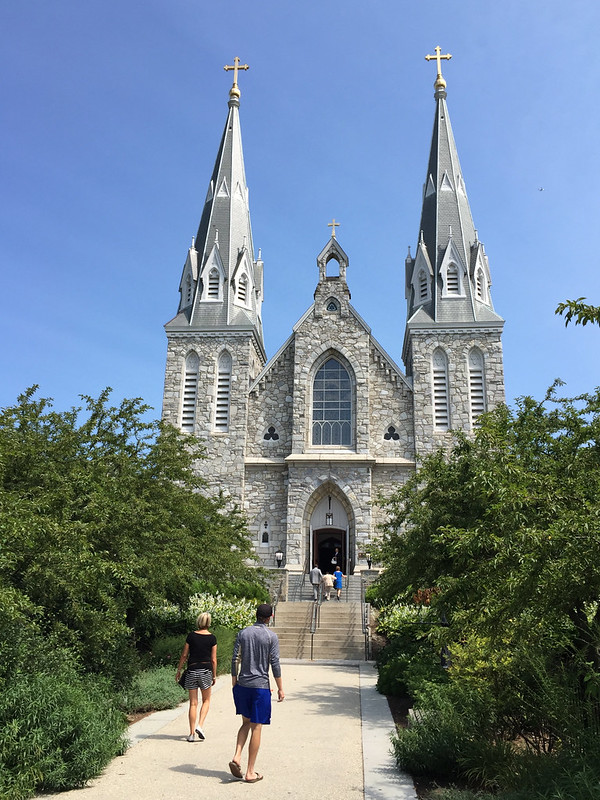